Kindly Share This
The doctor identified as Jane Chioma Ofoma was arrested for selling drugged cookies and biscuits. 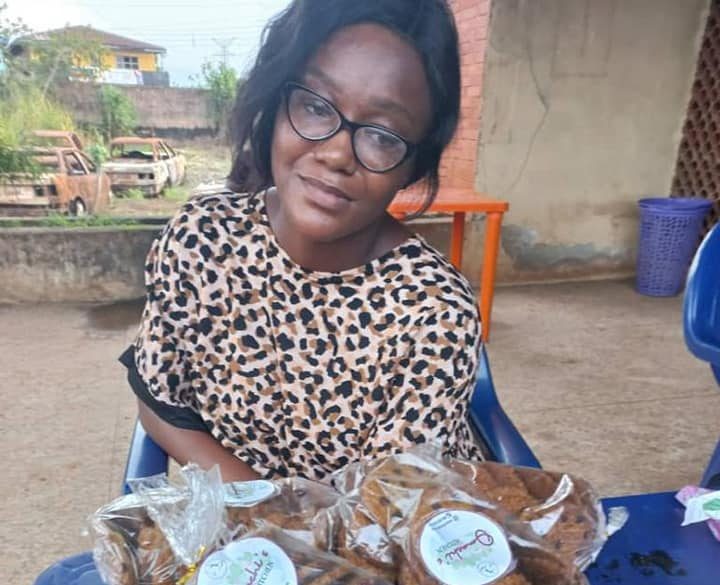 Ofoma
A medical doctor has landed in the net of the National Drug Law Enforcement Agency, NDLEA.
The doctor identified as Jane Chioma Ofoma was arrested for selling drugged cookies and biscuits.
Femi Babafemi, NDLEA’s Director of Media & Advocacy confirmed this in a statement released on Tuesday 22nd June 2021.
He noted that Ofoma was arrested in Auchi, Edo state.
He said Ofoma was an online catering service, Omachis kitchen, through which she sells drugged cookies and biscuits.
He said:
“Following intelligence and surveillance, narcotic officers of the Edo State Command of the Agency on Saturday 19th June 2021, stormed her operational base at 1 winners way, Auchi, where she was arrested and at least 94 pieces of cookies produced with cannabis Sativa were recovered.”
“Chioma, 26, who is a graduate of medicine from the University of Nigeria, Nsukka recently completed her horsemanship at the University of Benin Teaching Hospital. She has confessed to baking the cookies with a skunk in her statement while under interrogation.
Babafemi added that: “In the same vein, a 30-year-old Emmanuel Ehiramhen, of No. 10 Egan Street Ekpoma, has been arrested by officers of the Edo Command of the Agency for dealing in crack cocaine.
Kindly Share This
FOR BUSSINESS ADVERT CLICK THE WHATSAPP IMAGE BELOW

Busted:Ex-soldier And Wife Arrested With Cocaine In Kwara (Photo)

Police Launch Manhunt For Killers Of Media Mogul And Billionaire, Usifo Ataga, Who Was Found Dead In Lagos Apartment