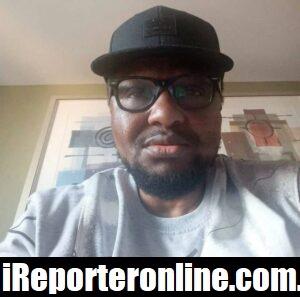 In less than 24 hours, the Nigerian State will be swung into the euphoria of one of her highly honoured anniversaries, birthed on the remembrance of the nation’s liberation from the shackles of her erstwhile colonial master, Great Britain.

Usually, the anniversary is greeted with ceremonies that stream through some mind-blowing monetary demands budgeted in millions of naira that were in the past perceived as being prodigious and not in tandem with the nation’s socio-economic realities.

However, as the nation anticipates her 61st independence Anniversary, one of her diasporan patriots from the Ekpon extraction of Igueben LGA in Edo Central Senatorial Districts, Engr. Mathias Okonoboh paints a pious picture of what he considers as the plights of the country at 61.

Responding to an interview granted in the eve hours of Wednesday, being September 29th 2021 by Newsmen, Engr. Mathias Okonoboh opined that the current Socio-Economic plight of the average Nigerian youth when put on a comparative scale with what is obtainable in other parts of the world culminates in Jesus wept.

The diasporan painted that the current plight of the Nigerian youth through pitiable and Pathetic is not without some structural deficiencies that are not unconnected with systemic failure and a retrogressive educational system that is theoretically contrived and barren of vocational training and entrepreneurial orientation.

He said that when young people lack artistic skills, regardless of the brilliance of their scholarly certifications, it is impossible to cut a niche for themselves in the event of a politically failed system.

Engr. Mathias Okonoboh who decried the political system said that the lack of a well structured youth-driven industrial policy scheme is anchored on bad leadership and corruption.

He emphasized that no meaningfully developed nation would grow beyond the shoulders of its young people and only an inept leadership system would detour from investing in the potentials of the youth.

He said that it is only natural that youth in such a failed and frightfully fractured formation would seek alternative ways for self-determination, of which most often that not, crime is the last resort.

The only logical conclusion for while Nigerian youths have de-emphasized the pursuance of education for the upsurge scampering of material wealth by means of internet fraud.

His words:
“It is high time we took time to critically invest in young people, thereby making the youths as indicators of our developmental index which will point at them as the major catalysts for driving sustainability in our socio-economic and political frameworks… ”

The Engr Matthias Okonoboh remarked that his faith in the youth is the driving force behind why he has orchestrated the December 25th 2021 Music Talent Show that will be taking place at Ekpon in Igueben LGA in Edo State in which talented youths will be expected to showcase their talents in Music which is one industry the world over that elevates young people to the zenith of economic determination.

While he also pointed out numerous areas where he had been developing initiatives on, of which the motorisation of women on a robust agrarian enterprise is major, Engr. Matthias Okonoboh submitted that the youths are his major priority behind whom other priorities may be struggling for attention.

” At 61, it will be better if we do not celebrate the Independence Anniversary, since our current socio-economic and political landmark does not correspond with our attained age’ he postulated.