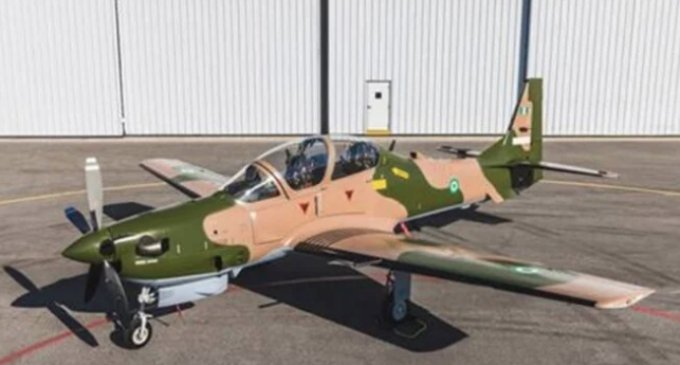 The Nigerian military has killed an ISWAP commander, Abou Sufyan and about 15 of his fighters with airstrikes from A-29 Super Tucano on the fringes of Lake Chad in Borno State

It was gathered that the Nigerian Air Force (NAF) component of Operation Hadin Kai launched a series of airstrikes at the hideouts of the terrorists in the North of Jubularam in the Marte Local Government Area of the state.

The operation was conducted after Intelligence, Surveillance and Reconnaissance (ISR) missions revealed the presence of several fighters who had converged on the area in their preparatory move to launch attacks on troops in the axis.

Zagazola Makama, a counter-insurgency expert and security analyst said, “The successful airstrikes were carried out on April 9, 2022, by the Nigerian Air Force Super Tucano in coordination with the MNJTF, Niger Air Task Force’s Mi35 and Mi171 helicopter Gunship, targeting an identified hideouts of the terrorists in the North of Jubularam in Marte LGA

“A ground assessment shows that Abu-Fatima, a high ranking ISWAP Commander Of Rijal Amne (Special Forces), who took over from Bakura RPG, and Adam Kaiga after they were killed in the previous military airstrikes, was neutralised in the attack.

“The notorious ISWAP Commander who has about 500 fighting militant troops under his special forces’ command has his jurisdiction in the entire southern islands, including Kirta Wulgo, Sabon Tumbu, Kwaleram, Sigir, Jibularam, Abbaganaram and Yarwa Kura.”