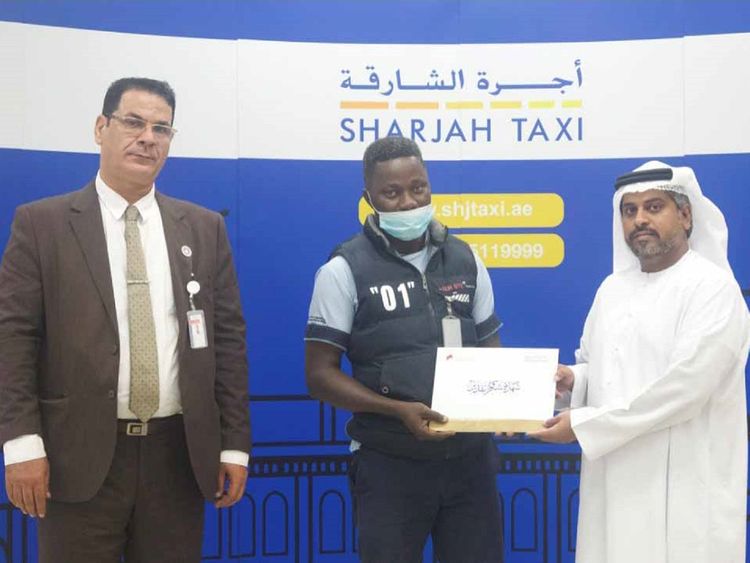 A Nigerian taxi driver has been honoured for returning a bag containing Dh100,000 that was left behind by a passenger in Sharjah.

Abraham Airaodion was honoured by Khalid Al Kindi, executive director of Sharjah Taxi, in appreciation of his honesty.

Airaodion found the bag in the back seat of his taxi and handed it to the customer, who expressed his happiness to both the driver and the company.

Al Kindi praised Airaodion’s keenness to return the money to its owner, stressing that such positive behaviour reflects sincerity and inspires other drivers to abide by this moral duty. The exemplary behaviour of the driver also serves to enhance the confidence of Sharjah’s taxi users.

The executive director of Sharjah Taxi said the company is constantly working on enrolling the drivers of its vehicles in courses in dealing with passengers and lost items, and instilling in them the values of honesty and commitment to community service.

Why Same-faith Ticket Is Problematic For Nigeria – PFN