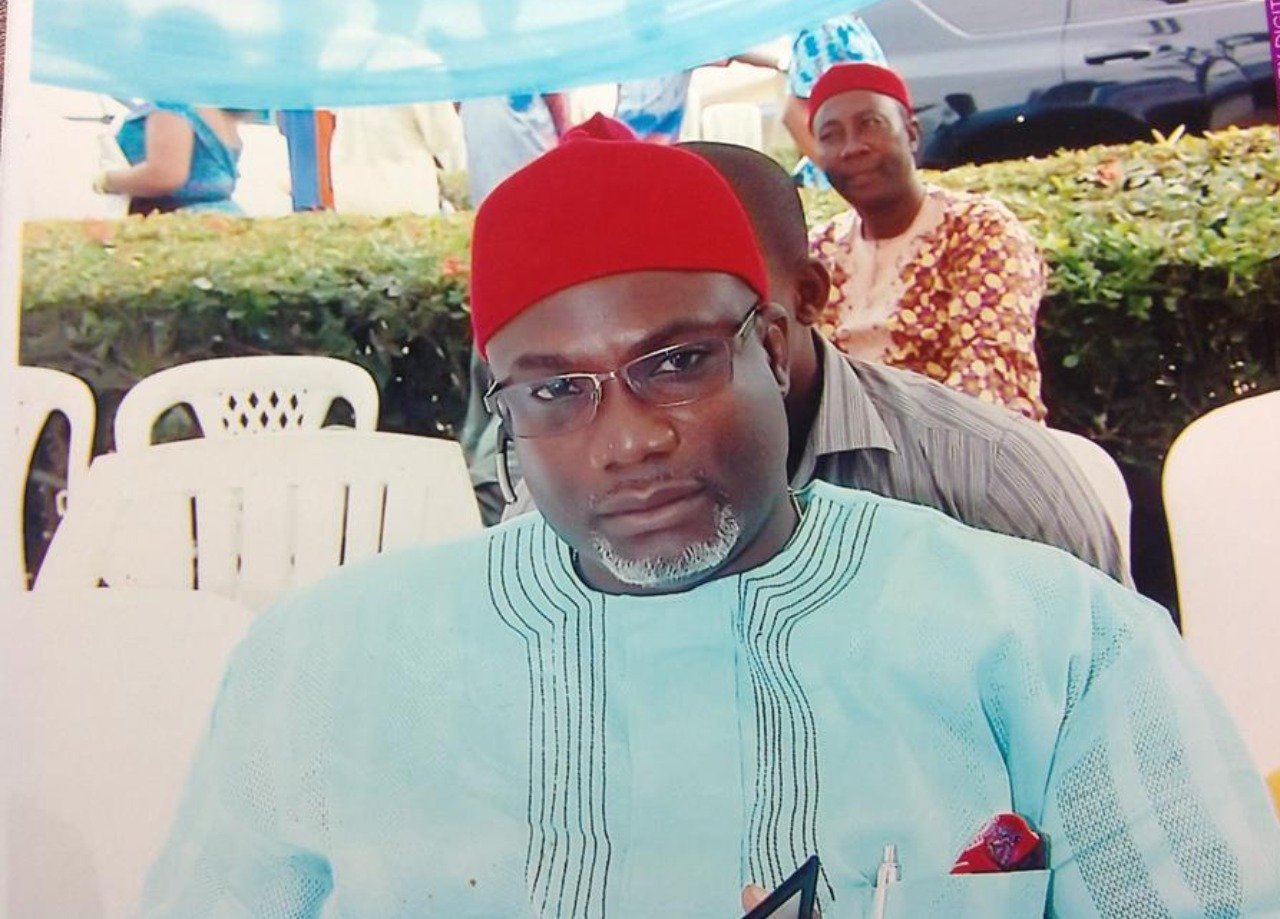 The Federal government of Nigeria has been advised to be cautious and reasonable in handling the treason case preferred against the leader of the Indigenous People of Biafra (IPOB), Mazi Nnamdi Kanu.

Emeka Kalu, a former governorship aspirant from Abia State, gave the advice in a statement made available to newsmen in Umuahia on Thursday night.

He said that Kanu deserves fair hearing, fair treatment, insisting that all professional care must be taken to ensure he does not die in custody.

He further insisted that provisions of international law on conflict resolutions, United Nations Organization charters on fundamental human rights and self-determination must be properly followed in handling a high profile case of this nature to avoid regrettable mistakes.

Kalu warned the government against handling the matter with aggressive or brutal show of force in the face of the current volatile and fragile conditions of the Nigerian state.

His words, “The jubilation making round the width and length of this country on the arrest of the IPOB Leader should not been seen as a successful celebration of having finally apprehended “the clog in the wheel of Nigeria” but should be seen as a mark of government commitment to entrench peace and tranquillity in the country.

“This is a democratic dispensation where rule of law prevails and reigns supreme. The provisions of Int’l law on Conflict Resolutions, UNO charters on Fundamental Human Rights Protection & Self Determination must be properly followed in handling a high profile case of this nature to avoid regrettable mistakes. The Nigeria we see today belongs to all of us and nobody or ethnic group has the monopoly of ownership of our dear country, Nigeria.

“It is a sensitive issue that requires proper administrative professionalism and Federal Government under the watch of President Buhari is advised to be judicious in the management of the case because of its sensitivity.

“Terrorism is a condemnable act in the heart of every right-thinking man so Government is encouraged to fight and prevent it at all costs. Government must do everything in her power to ensure that carrot hands are not given to others while another is treated with brutality.

“Dialogue is important in this context as the government opens a door for it. Federal should endeavour to create an enabling ground for peaceful dialogue not only with IPOB but with other ethnic nationalities agitating for self-rule and restructuring of our nation fiscal federalism.

“This window for peace does not mean weakness on the part of government but it is one of the bureaucratic keys by which the gate of justice and equity are opened in a democratic and justice-oriented government”.

DAILY POST recall that the Federal Government had on Tuesday disclosed that it has rearrested the self-acclaimed Biafran leader.

The Attorney-General of the Federation and Minister of Justice, Abubakar Malami, SAN who confirmed the development, said he was arrested by a combined team of Nigerian and foreign security agents in a coordinated interception.

Against this backdrop, he was dragged before Justice Binta Nyako of an Abuja Federal High Court for the continuation of his trial. Justice Nyako, after listening to Kanu and the government, remanded him in the custody of the Department of State Services, DSS. Kanu had a few years ago jumped bail and escaped out of the court.

Meanwhile, Chief Emeka Kalu has advised the Federal government to apply the same technical security professionalism to tackle herdsmen killings, banditry and Boko Haram insurgency that have been ravaging all nooks and crannies of Nigeria.

According to him, “It stands to reason that killings, terrorism, banditry, kidnapping and other handfuls of crimes are condemned as “evil” in any contemporary society, so, we must live to stand by the side of truth which is a force that cannot be suppressed no matter how we hate it.

“It is crystal clear that since herdsmen have been attacking farms and farmers across the Nation with resultant disaster, none of the culprits has ever been arrested, interrogated let alone prosecution instead the Federal government is bent on re invoking the purported gazette for grazing routes which the 1999 Constitution has no provisions for.

Continuing, Kalu added, “It is a pity that Nigerians are being killed on daily basis by these attackers without repulsive resistance from the Nigeria Security forces. In the words of Uttoman Dan Fodio,” Conscience is an open wound, only truth can heal it. Today, where is the conscience in the Federal Government to condemn all these ills and at the same time proffer meaningful solutions to tackle them?

“We are living in a fragile society where truth is manipulated into falsehood. Nigerians are tired of bad news and insecurity. We are tired of hunger and high handedness, we are fed up with man s inhumanity to man. We are tired of failure of polices and its attendant bureaucratic bottlenecks.”