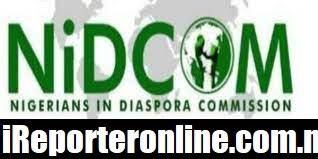 Following the evacuation of many nationals from Afghanistan due to the recent takeover of the government by the Taliban, the Federal government says there are no Nigerians in the country for evacuation.

Since the takeover by the Taliban, different world leaders have begun the evacuation of their citizens from the country. While the US has since evacuated 4500 of its citizens, the UK government has evacuated 15, 000 persons under the Operation Pitting Evacuation mission.

Reacting to calls for the evacuation of Nigerians in the country, the spokesperson of NiDCOM, Abdul-rahman Balogun, said there are no Nigerians in Afghanistan.

“We don’t have any Nigerian in Afghanistan. That’s why we are not carrying out evacuation from the country.”

Two Years After, 14 Edo Lawmakers-Elect Still In A State Of Uncertainty

Sir Victor Uwaifo: 10 Things To Know About Him