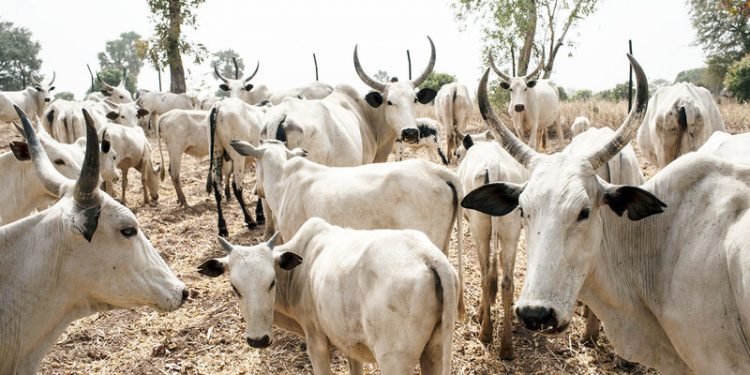 Northern Elders Forum, NEF, has declared support for the ban on open grazing by governors of the southern states.

About 17 southern governors had held an emergency meeting in Asaba, Delta State to proffer solutions to increasing security issues in the country and there they announced the ban on open and called for restructuring.

NEF said that it support any programmed transition that will eliminate open grazing and the establishment of productive, safe and sustainable options in managing the country’s huge national asset in animal husbandry.

In a statement signed by its Director, Publicity and Advocacy Dr Hakeem Baba-Ahmed, and made available to DAILY POST on Tuesday, the forum warned that the solution being sought cannot be achieved with threats and harassment, but with commitment and collaboration involving all governments and stakeholders.

“It is in everyone’s interests to support an urgent national initiative that will engineer a safe and productive transition to the end of open grazing.In the meantime, the forum must warn those attacking and killing Fulani headers to stop,” NEF said.

“There are limits to every community’s tolerance, and the forum strongly advises that lines are respected in the manner we treat Nigerians who are vulnerable wherever they live.

“The forum has always supported initiatives that improve the quality of inputs into how Nigerians can address the limitations in the manner the country is operated.

“It is unfortunate that the current efforts of the National Assembly to amend the constitution enjoys little or no confidence among Nigerians that they will address the fundamental challenges which need to be comprehensively addressed, although this can be redressed if our elected representatives recognize the historic opportunities they have to move this country beyond its strangulating challenges.

“The negative attitude of the Presidency towards engaging Nigerians to tap into ideas, grievances and goodwill of many citizens who mean well is ill-informed and, under our current circumstances, dangerous.

“So are postures that issue opportunistic ultimatums over convening national dialogue by the President. The forum supports a citizen-driven national dialogue and a campaign to get the government to accord its outcome the respect it deserves.

“The forum extends its hands to groups that genuinely believe that Nigerians should demand and design the type of country we want, and should not wait for people we elected to set the boundaries and conditions of our existence.

“The forum restates that the North will not be cowed and stampeded into escorting political ambitions of politicians at the cost of its rights, security and dignity.

“It demands that President Buhari asserts the powers our constitution gives him to protect our territorial integrity and secure citizens, or accept that he is incapable of leading the nation through these unprecedented challenges.

“Governors in the South must be unambiguous in their condemnation and resistance against these dangerous activities. They cannot continue to walk on both sides of the street.

“Northern governors should note that they are rapidly receding into irrelevance as desperate citizens chalk up their silence over multiple assaults in a country where they have equal rights to their security and dignity.

“If our country is to survive its current difficulties and build a better nation, President Buhari must improve his levels of competence, awareness that the nation is sliding into disaster and sensitivity to the frustrations of Nigerians.

“Overwhelming majority of Nigerians do not want war or an end to our union. We just want an end to insecurity, escalating cost of living and the hate and the fear which our leaders are triggering.

“The forum restates its readiness to engage any group of Nigerians in exploring productive paths to a better future. What it will not do is to watch as the North is damaged further by cynical southern politicians and adventurers who think the North is too weak to protect its own interests.

“The forum once again condoles the nation and families of Lt-Gen I Attahiru and other military officers who died in active duty.May God bestow His Mercies on their souls.”