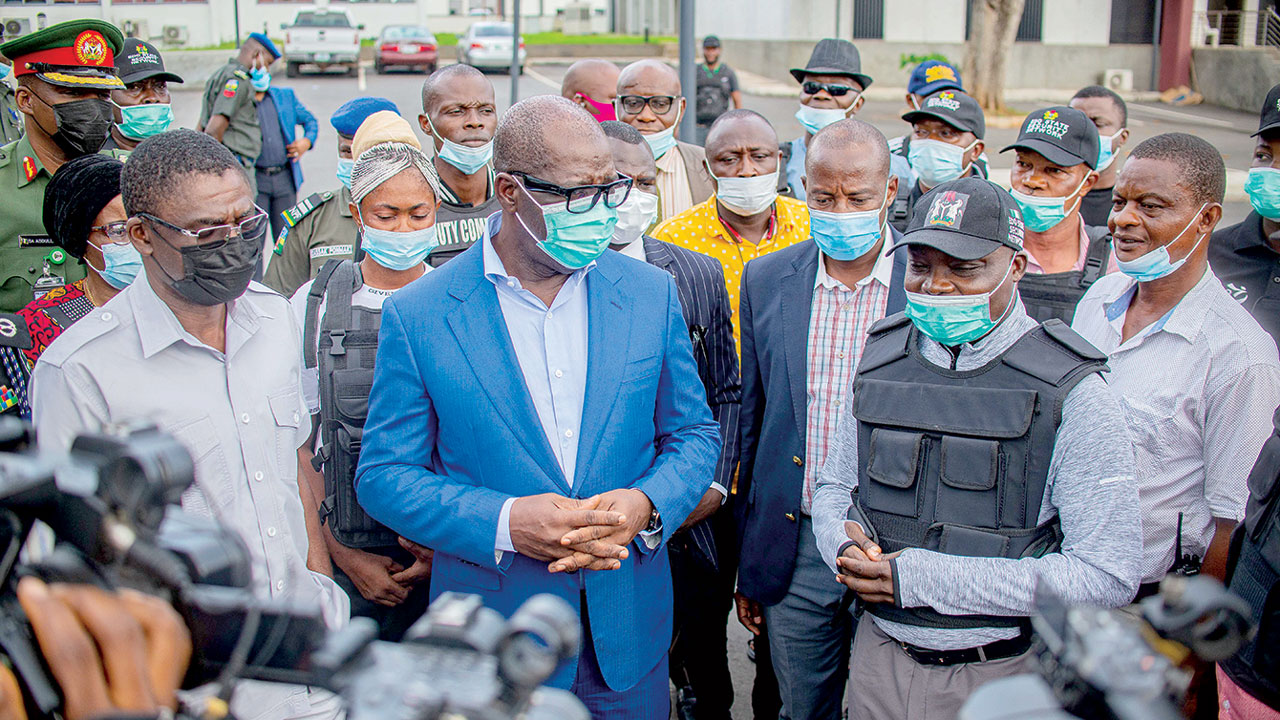 The Edo State Governor, Godwin Obaseki, donated 15 operational vehicles to the Edo State Community Vigilante Security Network on Monday to enhance their performance and strengthen security in the state.

The governor presented the vehicles after a meeting with members of the network and heads of various security agencies in the state, held at the Government House, Benin City.

Obaseki, who appreciated the efforts of the vigilante network, lauded them for their efforts in dislodging kidnappers in the state, as well as supporting the federal security agencies in ensuring the security of lives and property in Edo State.

He said: “I get daily reports of the success of your activities and successes recorded in recovering arms and ammunition, as well as your efforts in recapturing escapees from the prison jailbreak. I want to commend you for the role you have played in supporting the over-stretched federal security agencies in maintaining law and order in various communities. I thank you for the risks you are taking for us.

“We are aware of your challenges and decided that the force grows from the base, organically, not politically; that was why you people were selected, not imposed from your various communities. You have justified your existence, vindicated yourself and the government, knowing that security is local. ”

He continued: “We are also going to work with you and the federal agencies. Last week, I was in Ogida Training School to see the state of the training facility and committed to helping the police refurbish the facility, which we have already started in order to make it available for your training.

“You all are aware of the height of the security challenges and we quietly worked out our own response and created our own security volunteer network. Today, it has grown, doing what we expected it to do by connecting security between local communities and federal security agencies.”

The governor reassured that his administration would put in place a legislation to strengthen the security network and help it discharge its responsibilities effectively.

“We will put the necessary legislation in place, ensuring it doesn’t conflict with the existing arrangements on ground. You are like an operational force to support the existing security structures in the state,” he added.

Earlier, Coordinator of the state network, Mr Yusuf Haruna, said: “We have established a vigilante up to about 75 per cent of the 1,416 communities across the 18 local councils of Edo State.”