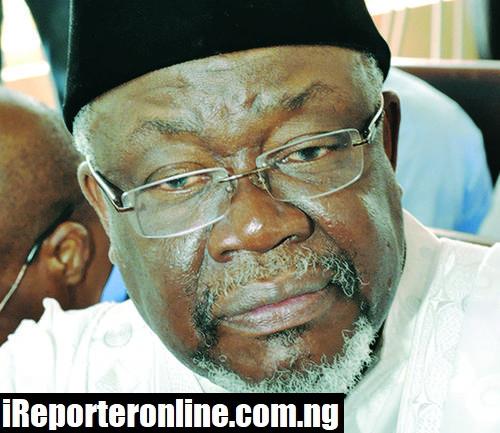 Oduma Of Africa To Pussycat Of Igueben: PDP Continues To Drag Tom Ikimi As High Chief Turns To Villagers For Support

Benin City: The earlier this fireworks between the PDP and some of its leaders the party refers to as “betrayals” stop the better for everyone.

When Nigerians ought to be thinking out of the box on how to navigate the current insecurity and hardship facing the country, the PDP and its party leaders are busy entertaining us with high political drama that is gradually seeing all kinds of shades thrown at each other.

The PDP has responded to a vote of confidence passed on High Chief Tom Ikimi by his village friends and some community well-wishers after he was suspended by the Edo Central Executive of the People’s Democratic Party, (PDP).

The way the PDP lashed at Ikimi calls for serious concern, because of politics the highly cerebral former national chairman of NRC was ridiculed and turned into a cub. When they say politics is a dirty game at this juncture I agree in totality with that tag.

Imagine “Oduma of Africa” to the “Pussycat of Igueben Ward 2” a Former Foreign Affairs Minister referred to this way, I think it’s high time our politicians put some decorum in their rules of engagement.

See the unedited response as seen all over Social Media.

FROM GRACE TO GRASS: CHIEF TOM IKIMI FURTHER REDUCED POLITICALLY BY SOME OF HIS OWN IGUEBEN LEADERS.

What an irony? On 13th May, 2021, the entire Edo Central Senatorial District Party Executives in a well attended expanded meeting with the five PDP LGA Party Chairmen from the Senatorial District in attendance, explicitly passed a resolution & vote of no confidence on Chief Tom Ikimi. May, 2021.

Yesterday, Igueben so-called LGA Party leaders with no official party portfolios or positions in a desperate & clownish attempt, countered that move by passing a vote of confidence on him & in the process, succeeded in reducing the self-acclaimed Chief, “Oduma of Africa” to the “Pussycat of Igueben Ward 2, & by way of extension, a “party leader of a part of Igueben”. Not even, the entire Igueben LGA. From National to a Ward 2 Leader in Igueben.

What an irony? What a demotion? What a great fall?

Oduma of Africa to Pussycat of Igueben Ward 2.

Others Were Accepted But I Was Rejected Thrice At Ritualists’ Den – Nurse,18, Abducted In Rivers State Shares Her Story