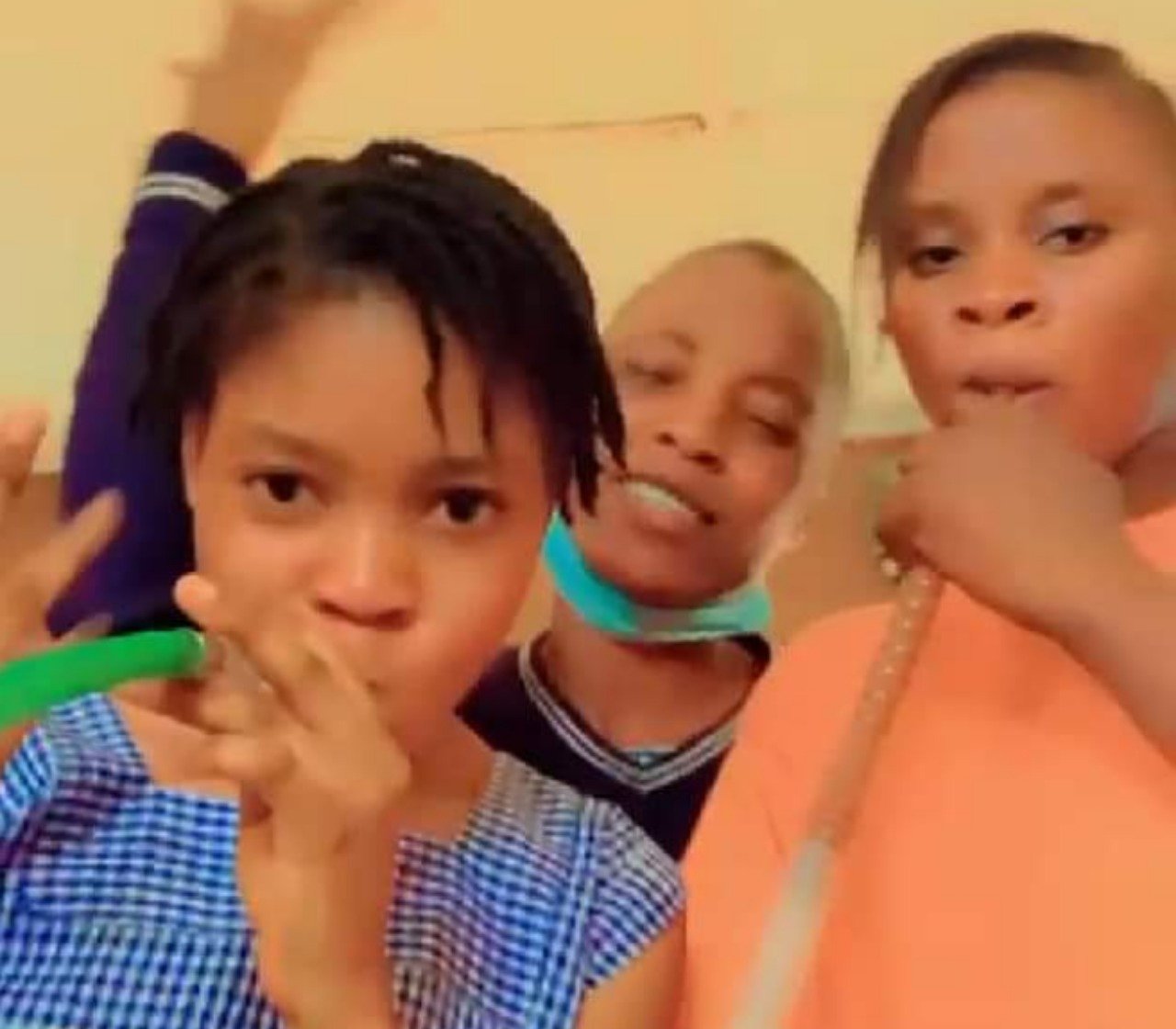 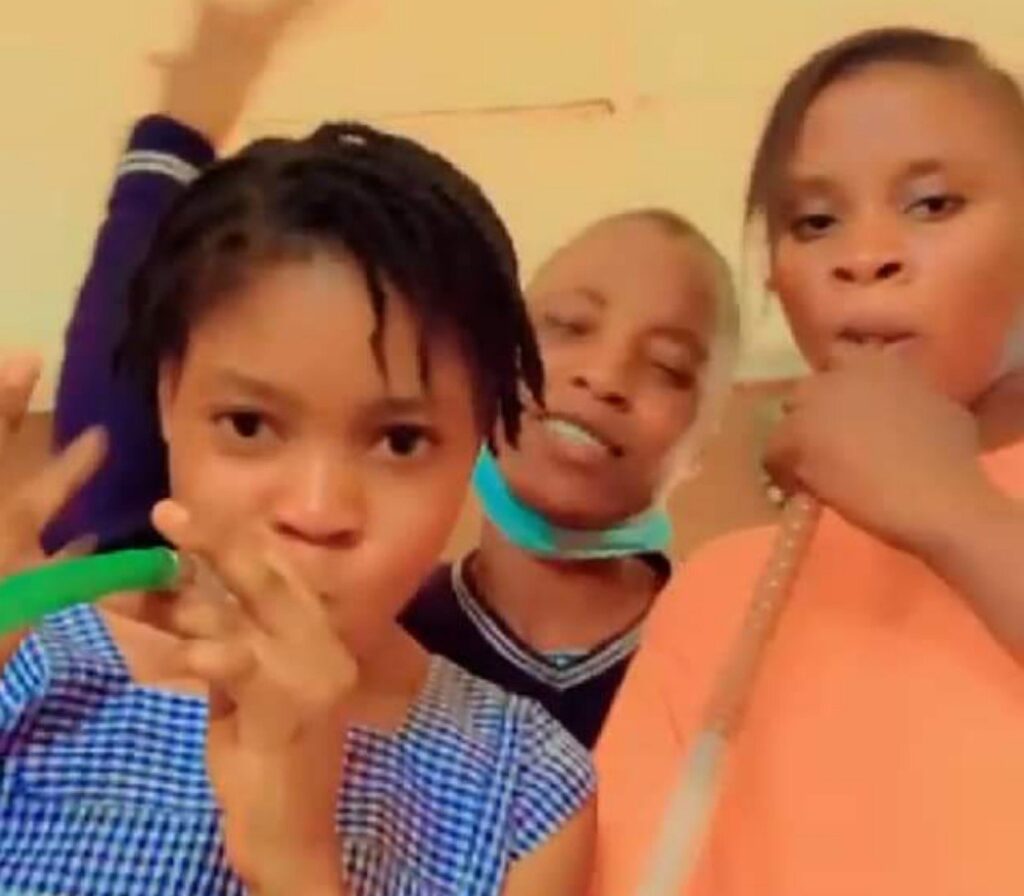 Teachers in public secondary schools in Ogun State are getting worried over the rate at which teenage girls are turning smokers.

In recent times, no fewer than three videos have surfaced on the social media, wherein girls of secondary schools were seen filming themselves as they derived pleasure in smoking shisha.

Holding the hoses to inhale from the hookah and puffing up heavy smoke, the girls in their teens got excited, singing and dancing before the camera.

The most recent of such videos emanated from some students of the popular Abeokuta Girls Grammar School (AGGS), Onikolobo.

The source gathered that one of the girls is the daughter of a justice in the Ogun State judiciary, in whose house the ugly incident took place.

Earlier, a girl was captured on camera, smoking right inside the classroom at a secondary school in Sagamu.

Also, another set of girls in Ijebu axis of the State had gathered in a room to sate themselves with shisha flavour, billowing thick fumes into the air from their mouths and nostrils.

In all of these, the Ogun State Government has refused to speak out on what it is doing to put an end to the worrisome development, even as teachers accused government of policies that made them handicapped when it comes to instilling discipline in their students.

When contacted, the Commissioner for Education, Science and Technology, Professor Abayomi Arigbabu, said he would not disclose what the Governor Dapo Abiodun administration was doing to address the rising level of indecent behaviours among school children.

“We are taking steps to address it. We are taking a number of steps. Just be monitoring what is going on. I don’t want to be talking, I mean, everybody is calling me here and there. You will be seeing what we are doing. There will be releases from the ministry. Okay? Thank you,” Arigbabu tersely told DAILY POST in a telephone conversation.

But, teachers under the aegis of the Academic Staff Union of Secondary Schools (ASUSS) in Ogun State blamed parents and government for happenings in Ogun public schools at the moment.

ASUSS Chairman, Comrade Akeem Lasisi, in a interview with our correspondent, expressed sadness, saying “what we are witnessing in our schools today is as a result of the collapse of core values in the society.”

According to Lasisi, the present generation of students have been brainwashed by the society that they would not make it in life unless they engaged in social vices.

“The students have been sold with the lies of Yahoo-Yahoo, they don’t believe in perseverance anymore. They want themselves to be recognized in the school. They want to be identified as ‘big boys and girls’ in the school. It is as a result of the collapse of the core values in the society.

“Students are no longer ready to learn, they only want to engage in all these extracurricular activities that will enable the society to identify them as big boys and girls. The reason is not far fetched, it is because the society too only recognises those adults with unruly behaviours. They believe nobody will recognise them If they are of good conduct in the society.

“Moreover, these students are not fools they know what is going on in the society, in the government circle where government gives amnesty to terrorists, where they negotiate with kidnappers and so on. These students want to resemble them,” he said.

Lasisi maintained that teachers in school do not have the political power to stop the social vices, saying not even principals could exercise full authority when it comes to punishing a learner for any deviant act.

“We (teachers) are trying to do our best, but you know we don’t have the political will to put a stop to these menaces. The teachers are already handicapped because we are in fear to exercise full authority on the students. You cannot exert punishment on the students any longer because of the aftermath. If you punish any students, the parents will have the guts to bring hoodlums to the school and attack the teachers and even the school head too.

The ASUSS Chairman spoke further: “The solutions to these problems are many, it only depends on how the government wants to look at it. In the first instance, parents need to wake up to their responsibility because some parents believe these children are bigger than them, they have already surrendered their roles to their children.

“The teachers are already overstretched in the schools. Parents should inculcate moral attitudes in the children. Then apart from these, I think there’s a need for government to set up guidance and counselling units in all our schools and they should be mounted by professional counselors, because a counselor use both positive and negative enforcement to advise a troubled student. If these students are already troubled, there is supposed to be a trained counselor to guide them properly.

“Apart from this, there is the need to also empower the PTA (Parents and Teachers Association). The PTA is no longer buoyant financially and any group or association that is not financially buoyant will be inactive. So there is the need for government to allow parents to collect PTA support levies so that they will be able to mobilize themselves. The parents belong to these association, they should be able to talk to their members.

“But these days, the reverse is the case. The teachers can’t punish the students, because the students would go home and report to their parents and parents will come and mete out punishment on the teacher thereby assaulting, beating and brutalizing. Some will even destroy the school properties. The government should just put in place some measures to correct these things.”

Author, Chimamanda Adichie Shares Photos Rejected By International Magazine For Being ‘Too Glamorous’