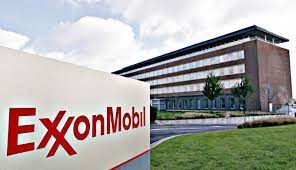 Exon Mobil
Some communities in Akwa Ibom state have won a judgment against the Nigeria National Petroleum Corporation (NNPC) and Mobil Oil Company.
This comes after a Federal High Court in Abuja on Monday ordered the two oil companies to pay a sum of N90 billion in damages to Ibeno oil communities of Akwa Ibom State for economic losses suffered from oil spillages.
The oil spills were said to have occurred between 2000 and 2010 during which rivers and lands were polluted leading to the loss of animals and plants.
Delivering judgement in a joint suit by the Ibeno villages, Justice Taiwo Oladipupo Taiwo held that both NNPC and Mobil oil were liable for oil spillages over the years during explorations.
Eket: Akwa Ibom town struggles in poverty amid affluence, Mobil, Udom Emmanuel indicted
The Judge held that the two defendants were negligent, reckless and uncaring in the ways and manners they left the people of the oil communities to their fates even after inflicting pains and economic injuries on them.
The court condemned the NNPC for being interested in revenue generation alone at the expense of those whose lands and water were unprofitable for agricultural purposes as their means of livelihood.
Justice Taiwo rejected the evidence of the witnesses called by Mobil adding that the oral and documentary evidence was unreliable and questionable.
According to the Judge, the witnesses were evasive and hostile while being cross-examined by the plaintiffs’ lawyer adding that no court or record will give probative value to the defence of the oil company.
In all, Justice Taiiwo ordered the two defendants to pay the oil spill victims N90 billion as damages for their losses.
Kindly Share This
Related Topics:
Up Next

MTN To Sell 14% Stake To Nigerians