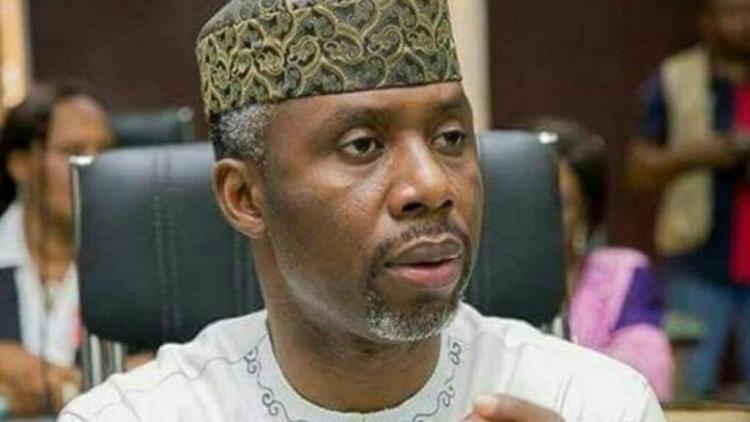 Nwosu, a son-in-law to a former governor of the state, Rochas Okorocha on Tuesday, said that his arrest on Sunday at St Peter’s Anglican church Eziama Obaire in the Nkwerre Local Government Area of the state was sanctioned by the state governor, Hope Uzodinma.

The 2019 governorship candidate in Imo State, Uche Nwosu, who spoke to journalists in Owerri, on Tuesday, claimed that the plan was to assassinate him.

The politician who narrated how he was arrested in church, taken to Enugu airport, and boarded a chartered aircraft to Abuja, alleged that the governor used his Chief Security Officer and other security operatives attached to the state government house to arrest, humiliate and possibly put him away.

He claimed that he was stripped half-naked, handcuffed on the orders of the state governor.

He advised Uzodinma to eschew bitterness and concentrate more on governance than politics.

Nwosu said that those who arrested him, invaded the church, jumped to the altar, disrupted the ongoing sermon, and shot indiscriminately in the church.

In his words ‘those who abducted me were masked, hijacked me in church and manhandled me; they ordered me to lie on the floor in the vehicle and one of them rested one of his legs on my head.”

“When they drove off, they started making calls in Hausa, and unknown to them I understand Hausa. They were telling one Shaba, who is the Chief Security Officer that they have got me. At Umuaka, they stopped and ordered that I should get down. At that point, I thought they were to assassinate me. They bundled me into another vehicle and they drove off.

“When we got to Owerri, three other vehicles drove straight to the government house and the one carrying me drove towards Okigwe Road, and I asked them where they were taking me to but they never responded to me. They drove towards Okigwe and stopped. At this point, I thought they wanted to assassinate me. They asked me to remove my cloth, handcuffed me, snapped me, made a video, and sent it to the governor’s CSO.

“We continued until we go to Enugu airport. We waited for about 90 minutes before a chartered flight arrived. We boarded and we landed in Abuja. We moved to force headquarters and we did interviews. They accused me of sponsoring insecurity in Imo State. I want to thank the IGP who intervened and ordered my release.”

Responding, the state Commissioner for Information and Strategy, Declan Emelumba, said neither the governor nor the state government had a hand in the arrest of Nwosu.

I’m actually a ‘mami water’; Africans take it seriously but it is not — FFK’s ex-wife, Precious Chikwendu

How Students Were Jailed, Released After Spending Seven Years In Jail For Sharing Boko Haram Joke