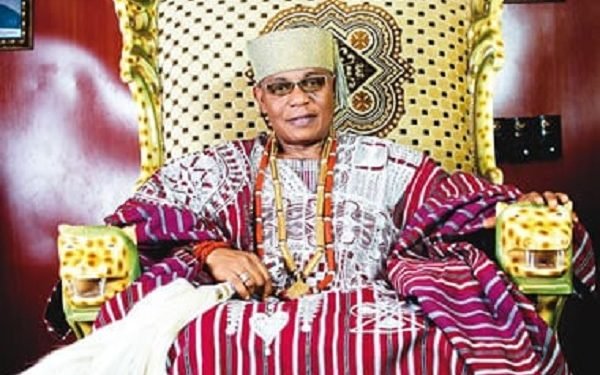 Deji of Akure has been having a running battle with some villages in Akure North over appointing traditional leaders for them.

Those in contestation with him are insisting that the influence of Deji of Akure ends on Akure South local government.

The Ondo State government had in a letter dated April 19th, 2021 and signed by Permanent Secretary of Ministry of Local Government and Chieftaincy Affairs, Segun Odunsoya, directed Oba Aladetoyinbo to stay away and maintain the status quo over the appointment of minor chiefs at Ago Sonibare in Ala/Ajagbusi, Eleyewo Community, Ago-Ajapada in Ofosu Forest, Ago Tedibomi in Ala/Ajagbusi, Agunla Community in Ayede-Ogbese, Ilado/Elemo and Isinigbo, all in Akure North Local Government Area.

Besides, the state government also directed that all actions leading to the creation/carving out of new communities in Akure from old ones should stop forthwith, while those already created should be reversed immediately.

Some of the affected traditional rulers and village Heads under the auspices Association of Olus and Baales in Akure North Local Government Area thanked the state government for allowing status quo ante to remain in respect of controversial chieftaincy matters including the appointment of some minor chiefs.

The Olus/ Baales through a letter signed by their lawyer, Mr Femi Emmanuel Emodamori and addressed to Governor Oluwarotimi Akeredolu, appealed for some Olus to be upgraded to the status of an Oba.

“By so doing, the community heads to be recognized as Obas would automatically become the Prescribed Authority for the appointment of minor chiefs in their respective communities, in line with paragraphs 10 and 11 of the Ondo State Government White Paper on Morgan Chieftaincy Review Commission of July 1981.

“Fortunately, the Recognized Chiefs or Obas in Akure North Local Government are fully in support of these suggested measures in the overall interest of peace, and their position in that regard was evident during the public hearings of the Ajama Commission of Enquiry (and)

The upgrading of some or any of the Recognized Chiefs or Obas in Akure North Local Government to First Class or category “A” Oba(s).”

At Least 17 Migrants Drown In Shipwreck Off Tunis