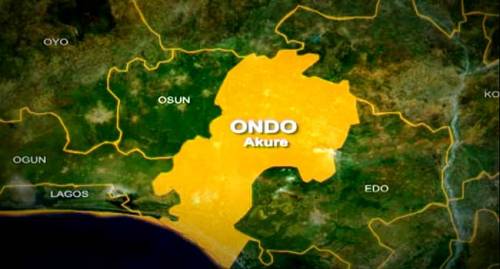 There is an uneasy calm at the Ijo Mimo Oluwa High School, on Ijoka Road, Akure, the Ondo State capital, following an allegation of high-level examination malpractices being carried out during the conduct of West Africa Senior School Certificate (WASSC) and the National Examination Council (NECO).

During the conduct of both examinations, as alleged by some old students and sources, invigilators and external examiners are paid to look the other way to allow the students to cheat.

It was gathered that the money used to bribe the invigilators and external examiners are sourced from the N4,000 final year students are made to pay. Of the N4,000, N2,000 is set aside for the collection of testimonials and projects while N2,000 is to ensure the students ‘performed’ in the examinations.

A student who preferred anonymity said the practice had been on for many years and it helped students clear all their papers.

Another source said the deal had the backing of the school’s Parent-Teacher Association (PTA) and teachers. The source said N355,000 was realised last year by the students.

The source said: “They used to collect some money from the parents with the involvement of the registrar. They all used to have meetings with the parents to pay N4,000 so that they can help students during exams.

A parent who spoke to our reporter said it was an agreement with the school management for the N4,000 to be collected from all SS3 students every year.

The parent said the money was called ‘Project money’. He explained that part of the money was spent to entertain external invigilators that came during examinations and also use part of it to carry out projects like the renovation of classes or buying items in the name of outgoing students that contributed the money.

It was learnt that the money is collected by the PTA of which N1,000 is to pay for the students’ testimonial.

According to him, “that has been the tradition in this school like during the time of former principals. We have even collected for the current set of SS3 students in the school.”

Besides paying for examination malpractice, the school’s PTA led by Pastor Ajibola Samuel Owolanke is at loggerheads with the Principal, Mrs Abiola Fashina, over how funds contributed for projects by the students were diverted and how the students narrowly missed last year’s NECO examinations.

Some teachers in the school described the PTA as a powerful bloc that appeared to be taking over the administration of the school.

It was, however, gathered that trouble started between the PTA and the principal when it was discovered that the principal had been borrowing money paid for NECO registration by the students. The amount allegedly borrowed was N900,000.

Sources said the issue was resolved after a meeting between the PTA and the principal where she signed an undertaking to repay the money even though part of the students’ project money was used to pay for the NECO registration two days to its expiration.

A parent at the meeting said: “The school Bursar, Mr Black Adeyemo, and the principal argued for long over the actual money she borrowed from him.

“Mr Adeyemo brought along N157,000 which he said was the amount deducted from the N4,000 collected from the SS3 students and supposedly to be used to execute projects on their names. We had to rescue the situation.”

When contacted on the phone, the PTA Chairman, Pastor Ajibola Owolanke denied aiding and abetting examination malpractices but said the school owed him and his brother N500,000.

He said his tenure would expire in 2023 and dismissed talks that he and his executives should leave office.

Mrs Fashina did not respond to inquiries on the alleged payment for examination. She cut off the line when she was asked questions.

But some teachers in the school said Mrs Fashina assumed duties at the school in 2019 and was simply asked to look away as her predecessors did on issues of various funds paid by the students.

The teachers said the PTA’s move was to remove the principal because she insisted that their tenure had ended.

It was learnt that Mrs Fashina got the former Bursar, Mr Samson Adeyemi, transferred out of the school over discrepancies in the money collected for West African Examinations Council (WAEC) and NECO registration from the students.

One of the teachers said the money allegedly borrowed by the principal was used to clear the school and buy other things like buckets, sanitisers and infrared thermometers.

It was learnt that N300,000 was reportedly used for clearing the school

Permanent Secretary of the Ondo State Ministry of Education, Mrs, Lola Amuda, said investigations had commenced into alleged happenings at the school.

Mrs Amuda said the Zonal Education Officer in Akure South had been directed to take necessary steps over the issue of alleged payment for examination malpractices.

Amuda said: “The ministry actually received reports from some old students and some parents and we have investigated and we have taken some actions.

The concerned individuals can rest assured that the ministry is on top of the matter and we have taken necessary steps towards addressing issues raised so that sanity will be restored.

“We have asked the school principal to take some steps and I believe the steps should have been taken by now. We actually gave her specific directives as what to do and I believe by now she must have complied.

“We are still carrying out investigations on the alleged payment for malpractices and when we have a full report, then we shall take necessary steps,” Mrs Amuda said.