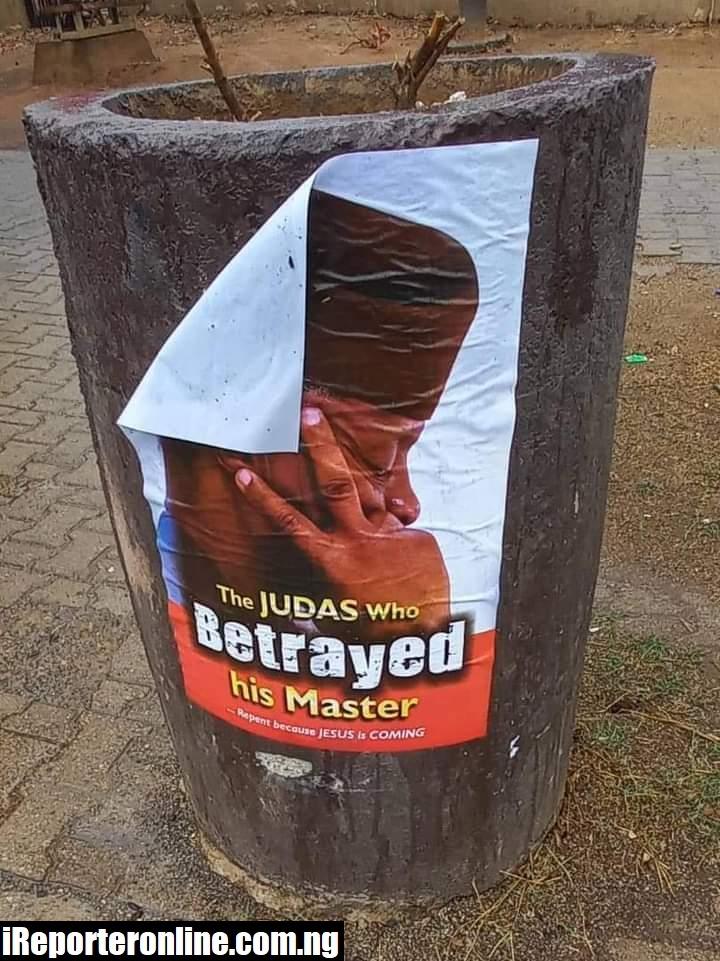 The streets of Abuja are currently awash with posters exposing Osinbajo’s betrayal of his master.

Today is Good Friday, which commemorates the betrayal of our Lord and Saviour Jesus Christ by Judas Iscariot. The Vice President announced on Monday that he will run for President in the upcoming presidential elections.

Since then, some groups have labelled him a betrayer because he is running for the same post as his sponsor.

Since the posters surfaced, several comments have followed them. Some claim it was a planned attempt by Osinbajo’s team to gain sympathy, while others think it was political sleaze. 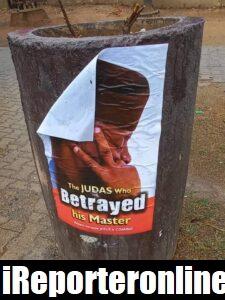 Lawmakers To Relocate From Chambers At National Assembly (See Why)