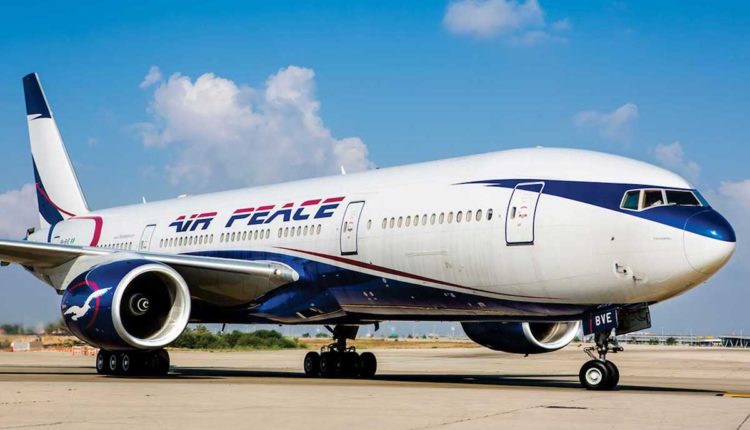 There was chaos in Warri on Wednesday as most passen­gers who boarded an Air Peace flight from Lagos to Warri Air­port were told their luggage will arrive on Thursday.

The visibly angry passen­gers told the source that the flight, P47210 which was initially scheduled for 7:30 am was de­layed for six hours and changed to 1:30 pm.

They said despite that, the flight left Lagos at exactly 2:30pm.

On getting to Warri, while waiting for their checked-in luggage, an official of the airline informed them that the luggage were left behind in Lagos and will arrive the next day.

Speaking with our corre­spondent, oneof thepassengers, a lady who spoke on condition of anonymity said the airline did not inform them earlier about the time change and also failed to notify them that the lug­gage were left behind in Lagos.

“ I left my home this morn­ing as early as 5am so as to ar­rive the airport early because the flight is initially scheduled for 7:30 am. On getting to the air­port, we were informed that the departure time has changed to 1:30 pm. Many of us were angry and questioned the officials of the airline on why they didn’t inform us earlier. We risked our lives to arrive at the airport early”.

“ Even the 1:30pm time was not adhered to. We left Lagos by 2:30pm. On arrival in Warri, an official of the airline told us that only few luggage were in the plane and the others will arrive next day (Thursday). We were at the airport for more than six hours and nobody informed us that our luggage will be left behind”.

“They were so rude and unprofessional. Right now, all I have with me is my phone and charger. Every other items are in the luggage and I have no­body in Warri” she said.

JUST IN: ISWAP Strike Again, Abducts 15 Passengers In Borno, Move Them Into Sambisa