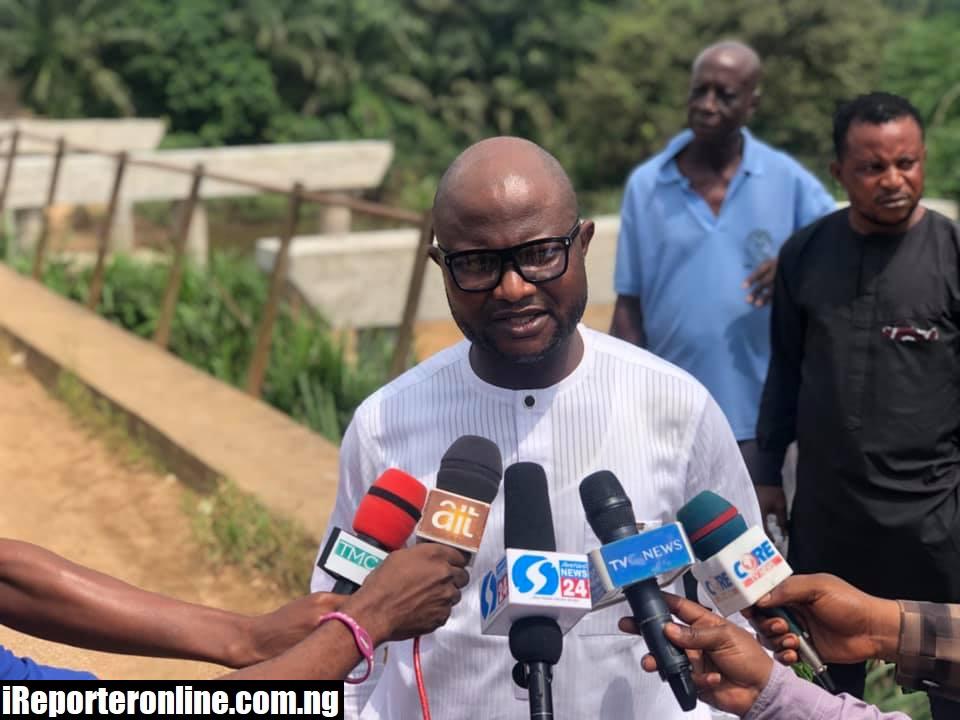 The lawmaker representing Ovia Federal Constituency in the National Assembly, Hon Dennis Idahosa has earned the respect of residents of Arden community over his proactiveness in coming to their rescue by constructing a totally new bridge for constituents.

In a viral video making the rounds online residents of the community were seen hailing the swift response to their cries by the federal lawmaker. The old Arden bridge which was a gateway to various other communities by Arden residents has finally given way and fallen flat.

Sometime last year in an inspection tour to the community, the youthful lawmaker observed the deteriorating bridge and decided to construct an entirely new bridge for the community, the old Arden bridge could no longer stand the rigours of accommodating residents and was fast caving in.

Today the bridge has finally collapsed but succour is around the corner as the new Arden bridge undergoing construction by the Federal Lawmaker is fast nearly completion stages for use.

To the sleepy community, weeping may endure for a night, but joy cometh in the morning.

Their happiness has been overflowing like the bank of the river which has given way after some few days of rainfall.

See the video below.