Amb. Johnson Enorense Iyamu an APC chieftain in Ikpoba Okha LGA has called on all party members and stakeholders in the Local Govt to collaborate with the newly elected ward and Local Govt Executives of the party.

He made this call in a statement on Sunday in Benin City, adding that the Ikpoba Okha party executive as led by Hon Sunny Ogbewe meant well for the local govt and should be supported by all well-meaning party members and stakeholders. 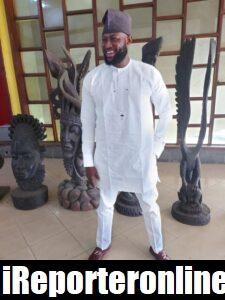 He added that the infighting among some party members in the local govt was not necessary; stressing that there was the need for unity if the state must remain relevant in the political arena ahead of the 2023 general elections and beyond.

While calling for prayers and support for the new executives, he said the change Nigerians desire as promised by the APC requires collective support and prayers to make it a reality.

“I urge all our party members in Ikpoba Okha LGA, including those that lost in the last ward and local govt congress to allow for reconciliation and long-lasting peace to reign supreme. As we gradually march towards the 2023 general elections it is imperative that we put our house in order to be able to make a meaningful and valuable impact in the coming days ahead.

We need to rebuild our party ahead of the 2023 elections, we must reflect our passion and seriousness in order to impact the turnout of the elections. But if we don’t get our acts together then this would remain a mirage.

The congress has been done and dusted in the local govt and I enjoin all party members to close ranks and put the interest of the party first. We must be able to continue as one big family so we can play our part in the development of Edo State and Nigeria at large.

Iyamu also used the opportunity to once again extend his congratulations and felicitations to the newly elected party executives in Ikpoba Okha LGA.

Johnson Iyamu urged party members to continue to support the national leadership of the party with prayers in order not to be wrongly influenced by those who want the party to go into extinction.