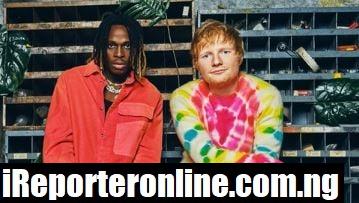 Nigeria Music “champion”, Fireboy has hit the UK Apple Charts with his song, ‘Peru’ featuring Ed Sheeran. The song has displaced Marey Carey’s ‘All I want for Christmas Song’.

The collaboration between Fireboy and Ed Sheeran seemed to have paid off, because of the massive appeal that the song has received from fans and users of the Apple platform in the UK.

Peru is also one of the top five songs that rocked the airwaves this year.

Fireboy recently dropped the single and made a video of the Peru Remix during the yuletide.