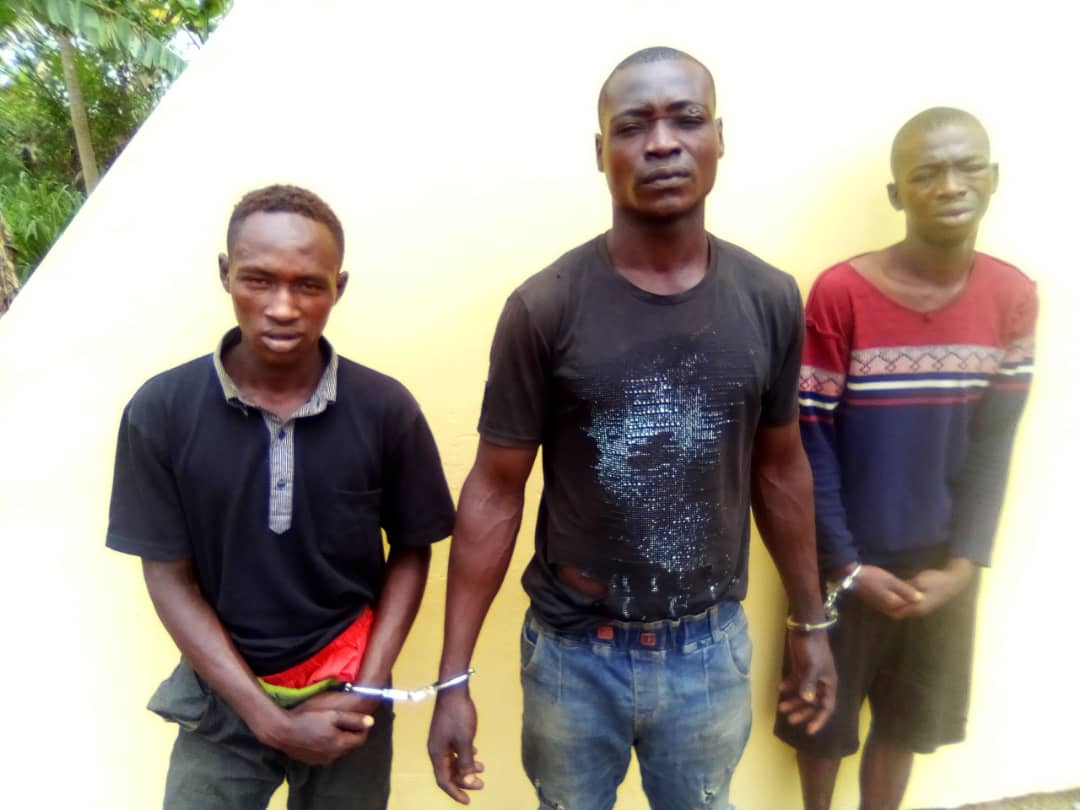 Operatives of the Ogun state police command have arrested three members of a kidnap syndicate, who have been terrorizing commuters along the Lagos/Ibadan expressway for quite some time now.

A statement released by the spokesperson of the state police command, DSP Abimbola Oyeyemi, disclosed that the suspects, Nathaniel Jacob, 24 years old from Nasarawa state, Isah Danladi 22years old from Kogi state, and Abubakar Rabiu m’ 23 years old from Niger state, were arrested at Fidiwo area along Lagos Ibadan expressway, following a tipoff from some hunters, who sighted the suspects in the bush where they were planning on how to strike along the expressway.

”The hunters quickly alerted the police, who rallied other stakeholders such as so safe corps,  hunters group and stormed the Fidiwo Alapako bush.

On sighting the police, the suspects took to their heels in the bush, but luck ran out of the three and they were subsequently apprehended, while three others escaped with their arms.
On interrogation, the suspects confessed to have been in the bush for the past ten days, waiting for a convenient opportunity to strike. It took them that long because of heavy presence of policemen in the strech of the expressway. They stated further that, they are six in number that makes up the gang and that the escaped three are in possession of their arms.

Preliminary investigation revealed that the gang was responsible for the series of kidnapping along the expressway. Recovered from them are cutlasses which they claimed were seized from farmers they saw in their farms.”the statement read in part

He added that the commissioner of police CP Edward Awolowo Ajogun has ordered the immediate transfer of the suspects to an anti-kidnapping unit of the state criminal investigation and intelligence department for discreet investigation.

They should be able to know whereabout of the the runaways. Kudos to our police and the whistle blowers – the hunters.