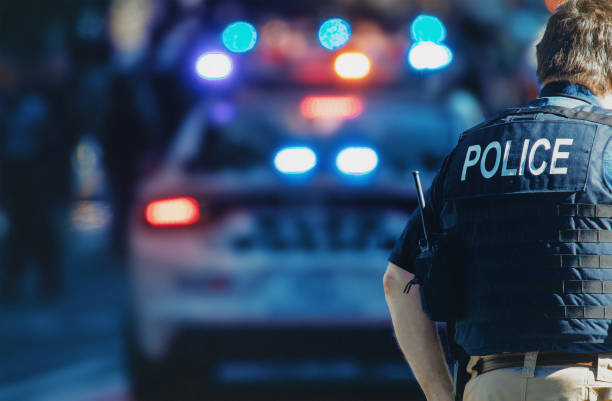 A Madison police officer has been captured in a video chɛwiŋg the hell out of a young lady while parked in an unmarked squad car.

The moment the two were enjoying themselves was caught on camera by resident Marcel Scott, who was out running errands at the time.

Speaking to, WKOW Scott mentioned that the car was parked in the lot of a home improvement store and his instinct struck him to check what was going on in the vehicle.“I looked a little harder in the vehicle, I saw two individuals, a man and a woman, one as a police officer, and they were engaging in sɛxʋal activity,” said Scott.

In the video, Scott makes it known to the people inside the car that he is recording and he says one of the occupants wasn’t too happy.

“The male was telling me to go and you know, basically waving me away. I’m like, oh, no, I’m not going anywhere,” said Scott.

Realizing what he just captured on his phone and fearful of retaliation, Marcel says he took cover as the police officer sped off.

Scott said, “He started to come out of the car, and then as I walked over to the car, he saw me walking over with the camera, he hurried up and closed the door.”

Scott says he decided to record because he wanted to show no one is above the law. “We have to report these types of things. If we can’t do it, then what gives him the right to do it” said Scott.

The officer in this video has been identified and has since been placed on administrative leave. An investigation commenced immediately and is now underway.

The Madison Police Department said it is taking this matter very seriously and is committed to transparency and upholding the public’s trust.

Shocking: Man Who Poos Through Peni$ And Ejaculates Sperm From Bum Cries Out For Help