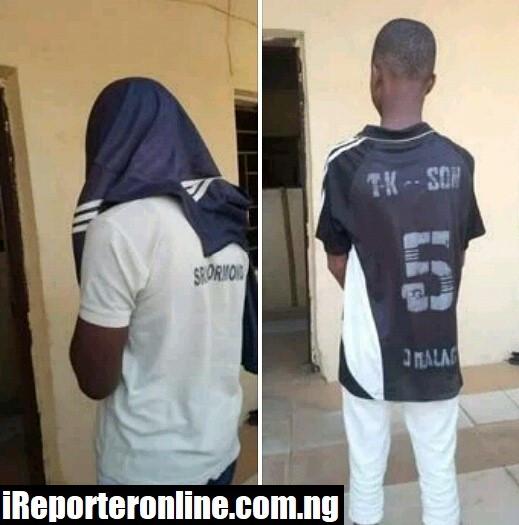 The Zamfara State Police Command has paraded the two students arrested for allegedly threatening to kidnap a principal and students in two separate secondary schools in the state.

One of the suspects, Donatus Ejeh, an SS3 student threatened to kidnap his Principal, Rev. Sister Chinyere and some colleagues.

The second one called his own school principal on phone threatening to kill and abduct students of the school unless he paid N3 million. 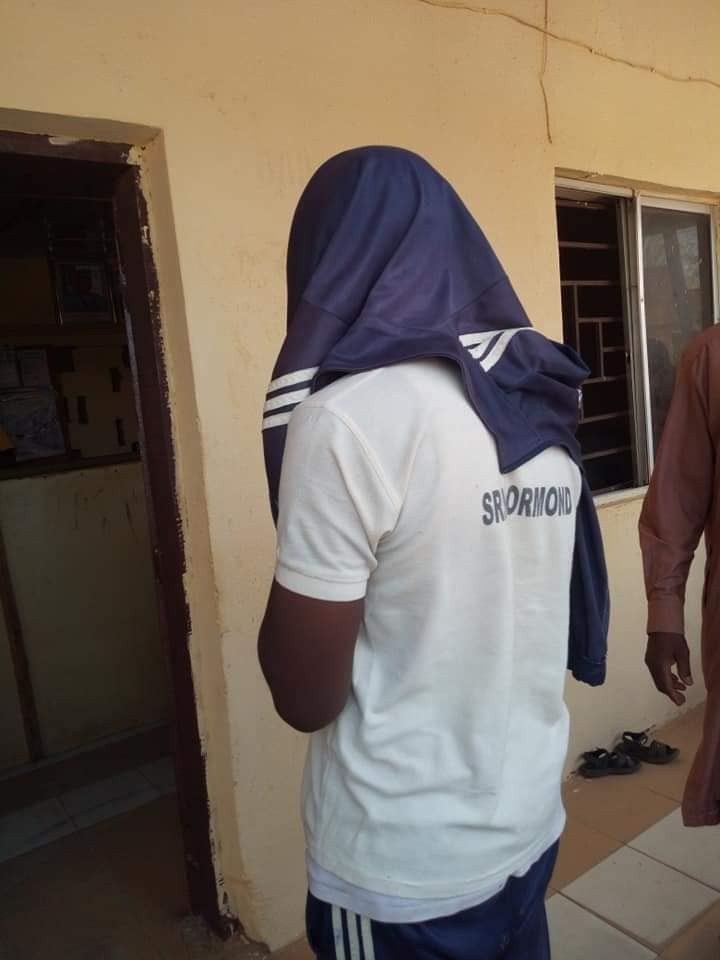 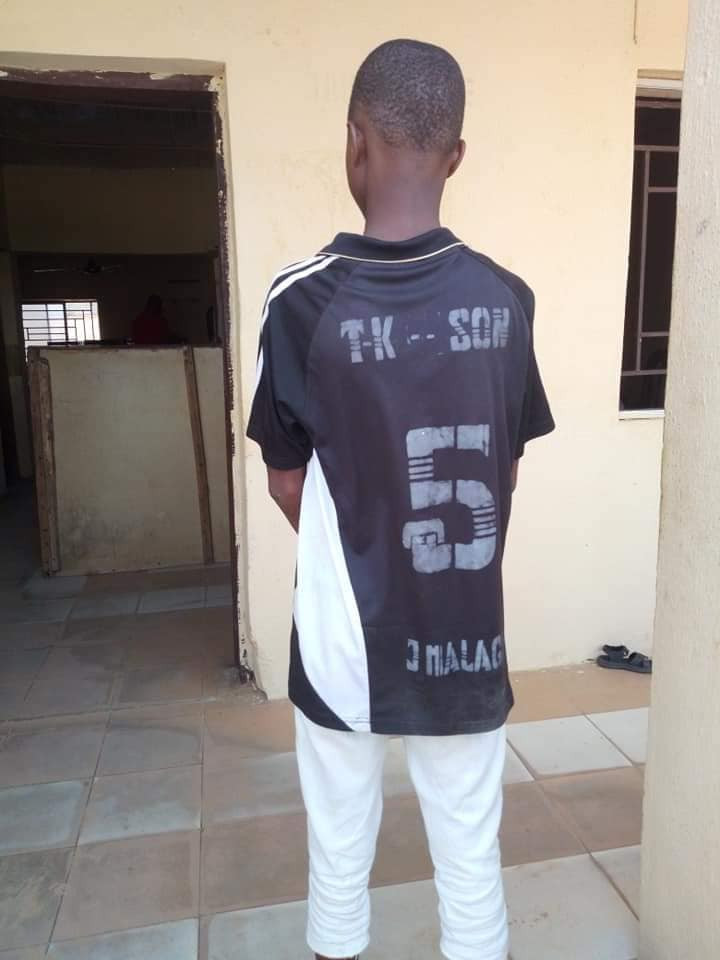 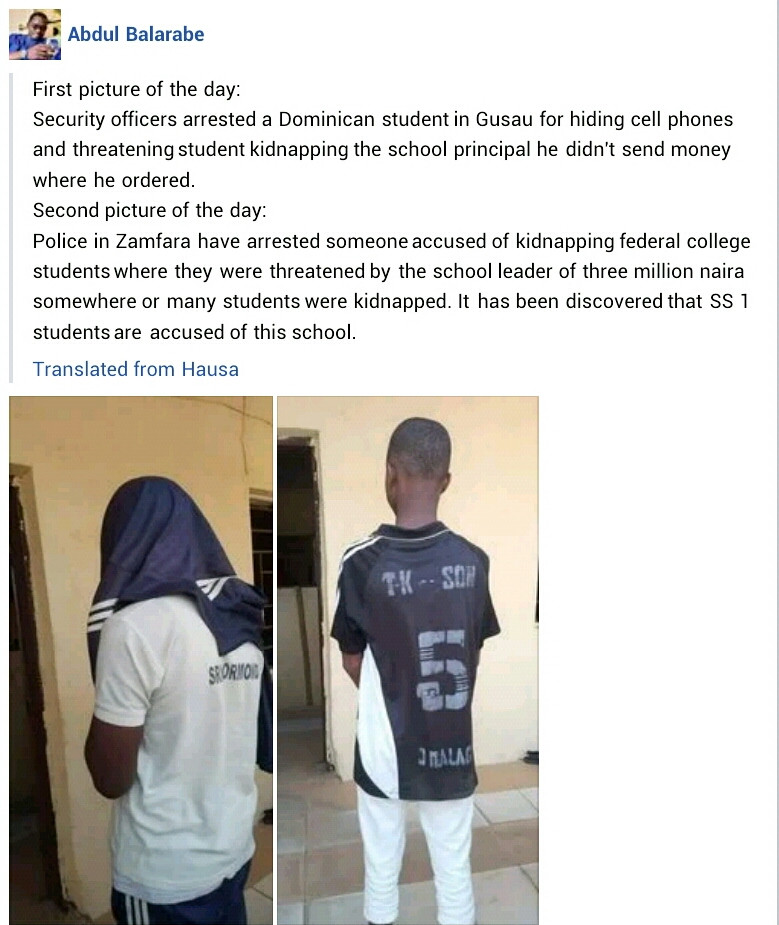 Man Caught With $184,800 Concealed In A Diaper At Kano Airport [Photos]