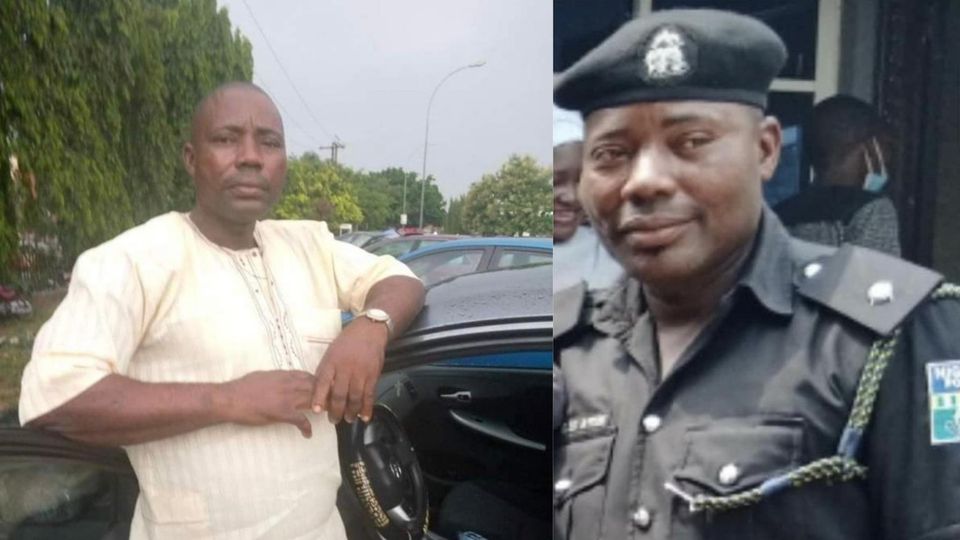 A policeman identified as Supol Ayeni has been crushed to death by a patrol van belonging to the Rapid Response Squad (RRS) unit of the Ekiti State Police Command.

It was gathered that RRS operatives who drove recklessly were chasing suspected fraudsters, otherwise known as Yahoo boys when they hit their colleague who was on a motorcycle.

It was learnt that Supol Ayeni who was attached to Odo Ado police state died on the spot.

“He actually came home to eat, his wife has a shop around Aba Ebira in the polytechnic community. There is this bad spot along the road, beside the silo, so the deceased came to his wife’s shop up eat, he came with one of his friends motorcycle. He was working at Odo Ado which is not that far from here.

“The RRS operatives were in two hilux vehicles chasing a Benz. I don’t know where they were chasing the guys from, as they were about to overtake the Benz, the deceased who is popularly known as Baba Ada was coming from the other side and one of the vehicles hit him. He died immediately,” a source told SaharaReporters.

A colleague of the deceased confirmed the incident and added that the RRS operatives involved have been identified and detained at the state headquarters.

He said “Yes, Supol Ayeni is dead, He was hit by RRS van. I’m still confused my brother, this was someone I saw earlier today.”

Calls put across to Ekiti Police Command spokesperson, Sunday Abutu by SaharaReporters were not answered nor returned.