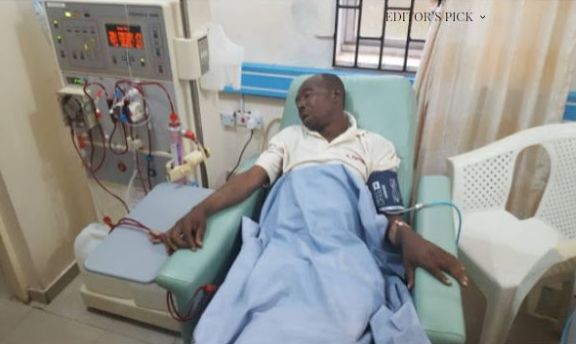 A pastor who goes by the name James Mugo, has reportedly landed in the hospital after he was allegedly beaten up by members of his church.

According to reports, trouble started on New Year eve service when Mugo, a Kenyan cleric, allegedly demanded for ksh4200 (approximately 16 thousand naira) from every member of the church to offer prayers to God for them to unlock the new year’s blessings.

The cleric purportedly threatened that failure to pay the money, the members would be cursed not to receive the 2022 blessings.

Angered by the demands of the pastor, there was the exchange of words that reportedly led the angry members to attack the pastor.

The attack has currently landed Pastor Mugo, in a hospital in Embu, a municipality in Kenya, after sustaining serious injuries.