The Pro Buhari Rally which was exposed by an anonymous person to KossyderrickEnt’s bloggers is finally here. It was supposed to begin on Wednesday but the rally started earlier than we thought.

In the trending video shared by President Muhammadu Buhari’s aide, Garba Shehu on Twitter, a group of Buhari’s supporters gathered in front of his residence to pray for him. The Pro Buhari Rally was championed by APC Chairman in the UK, Dr. Philip Idaewor.

Dr. Philip Idaewor is the the man who is seen holding the microphone in the video. He is heard as he told other President Buhari’s supporters to pray for the president. According to the anonymous who broke the news to us, says they were paid £75 per head/person. Such a shame!

The message reads:
“Hi
I received a call from a close friend few last night, asking me to help get people that can attend a Pro-Buhari Rally because I’ve access to a little database having being an event promoter. The pro-Buhari is scheduled for Wednesday between 12pm – 3pm and they will be paying £75 per head.
I find this so disgusting and disheartening and I can’t even bring myself so low to do such. This shows the level of how corrupt this leaders are and I am so sorry for some of us abroad that are willing to do such all because of money. They even suggested that they don’t mind Non-Nigerian, still can’t help them with such.”
Photo: 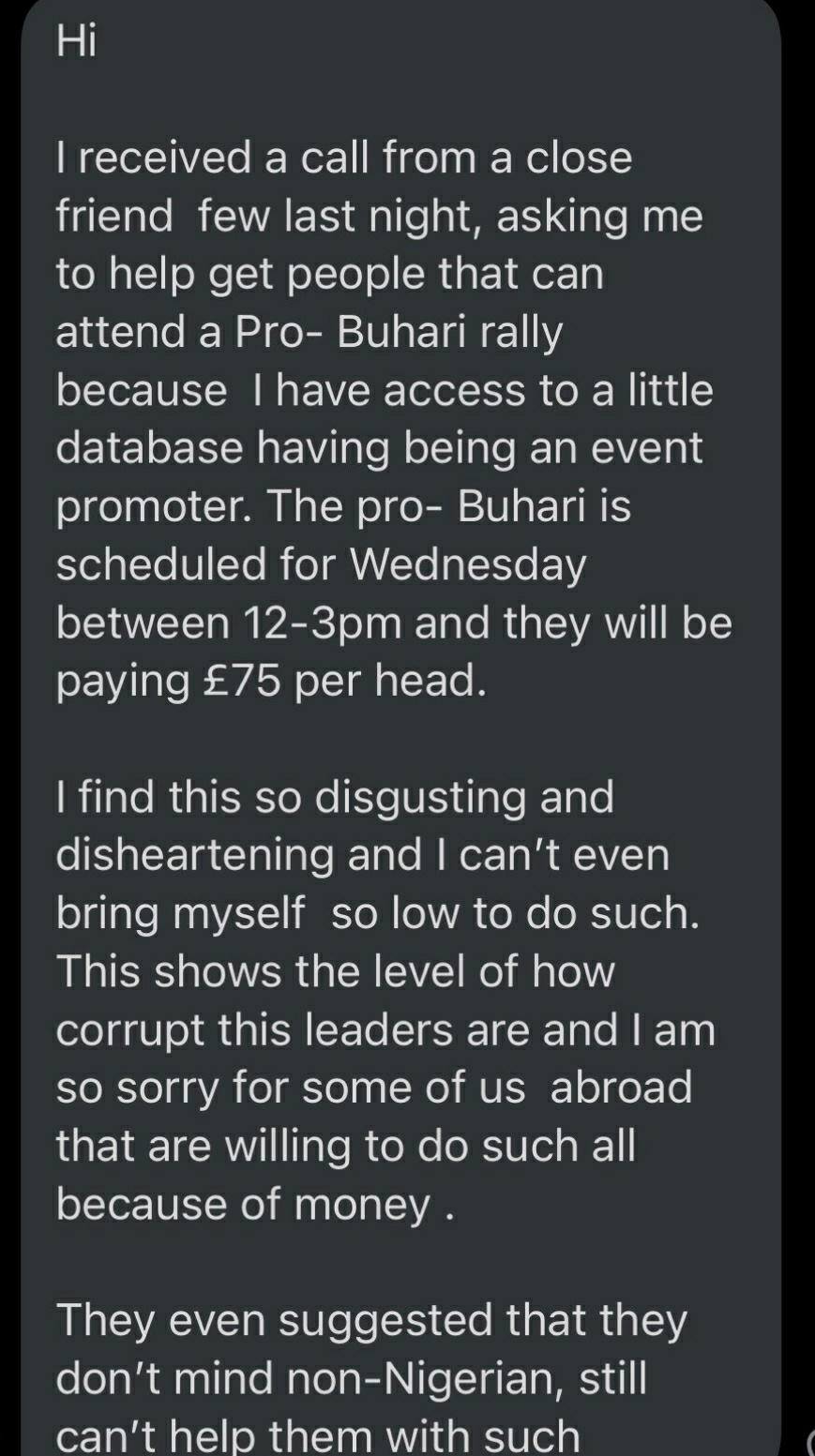 See Why Vladimir Putin Can Stay In Power Until 2036