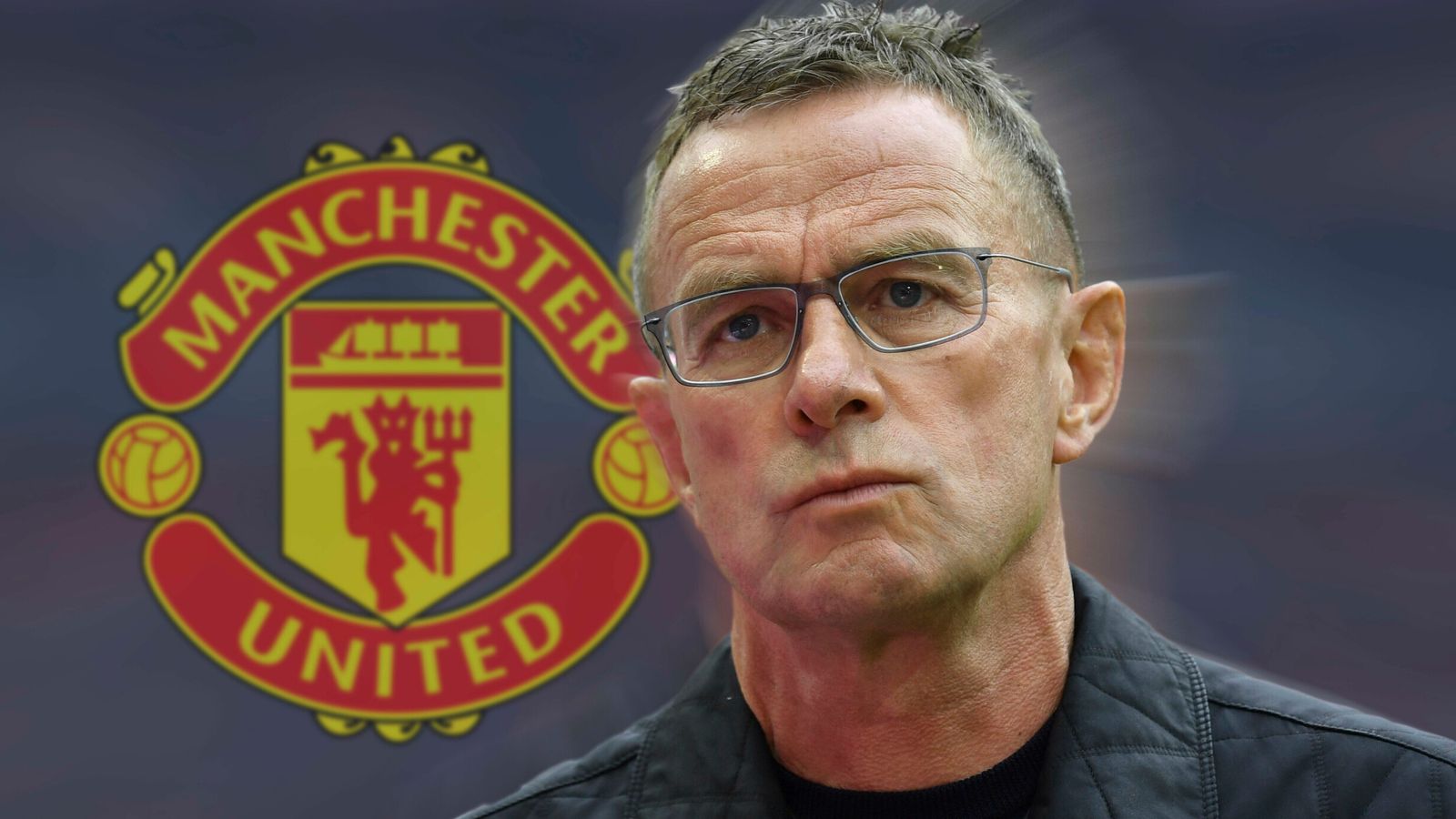 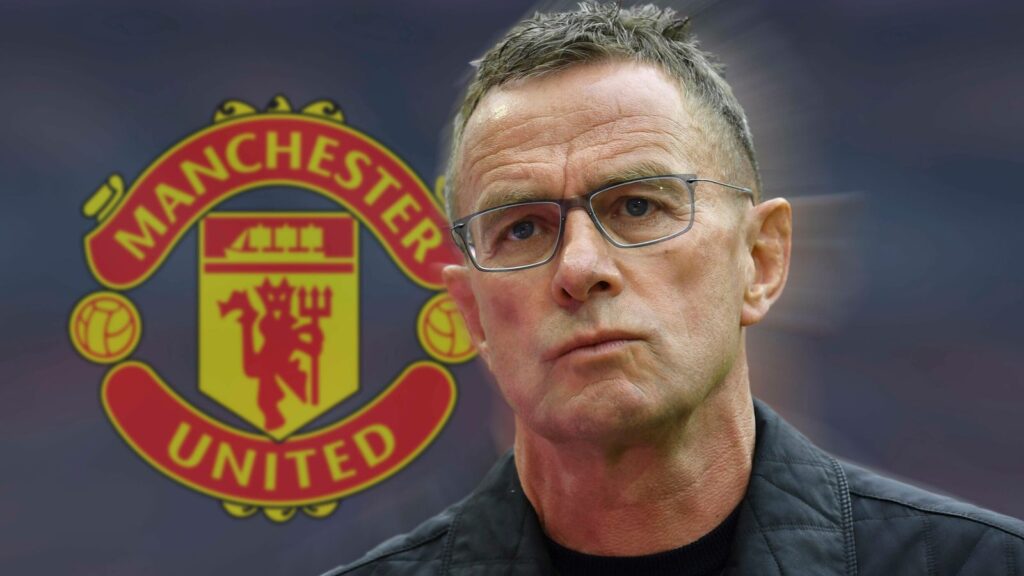 Ralf Rangnick describes it as his “football epiphany”. It was February 1983 and, aged 25, he was serving as player-manager of Viktoria Backnang, a small-town team in Germany’s sixth tier, when Valeriy Lobanovskiy’s Dynamo Kiev turned up for a mid-season friendly.

Lobanovskiy’s side were regarded as the strongest in the Soviet Union and it was no surprise they easily swatted their amateur opponents aside. But the manner in which they did it made a lasting impression on Rangnick, a bewildered figure in central midfield.

“A few minutes in, when the ball had gone out for a throw, I had to stop and count the opposition players,” he recalls in Raphael Honigstein’s book, Das Reboot.

“That was the first time I felt what it was like to come up against a team who systematically pressed the ball.

“I had played against big professional teams before – and of course we lost those games as well – but they at least gave you a bit of breathing space, the chance to ‘put a foot on the ball’, as we used to say.”

Lobanovskiy’s side afforded Rangnick and his team-mates no such luxury. “I felt constantly under pressure for the entire ninety minutes,” he added. “It was the first time I sensed: this is football of a very different kind.”

Dynamo Kiev returned to the town for training camps each season under Lobanovskiy, and Rangnick, who was studying for his coaching badges at the time, attended every session, pen and notepad in hand, to study the way they played and how they did it.

Lobanovskiy’s relentless, organised pressing tactics would form the basis of Rangnick’s own philosophy, one he would later implement at a string of clubs including Hoffenheim and RB Leipzig, helping to revolutionise German football, inspire a generation of coaches including Jurgen Klopp and Thomas Tuchel, and, ultimately, take him to the Manchester United hotseat.

Back in the 80s, however, his ideas were deemed radical.

Bundesliga sides at the time were a reflection of the country’s hugely successful national team. “They lined up with a sweeper, and man-marking was the preferred system,” says Rangnick in Das Reboot.

There was little room for manoeuvre and little desire for it either. But Rangnick felt German football was in danger of getting left behind. He studied Arrigo Sacchi’s AC Milan as well as Lobanovskiy’s Dynamo Kiev, observing the potential of a zonal marking system, coupled with high-intensity pressing.

Sacchi’s Milan, winners of back-to-back European Cups in 1989 and 1990, showed the power of collective brilliance over a reliance on individuals. Rangnick was also inspired by the fact Sacchi, like him, was not a distinguished former player.

A meeting with Zdenek Zeman, a Czech coach with a similar profile who was implementing similar tactics at Foggia, also in Italy, served as further inspiration. Zeman emphasised to Rangnick that his players needed to be the fittest in the division in order to make the approach work. “I realised that a bit of pressing isn’t enough,” said Rangnick. “It is a bit like being a bit pregnant – it’s nothing.”

Rangnick began to apply those learnings while in charge of numerous lower-league clubs, enjoying notable success during a spell at Ulm 1846, whom he guided to the Bundesliga in 1999 with a hungry, energetic side which included a young Tuchel – at least before he was forced to retire with a knee injury aged 24.

All the while, Germany’s quarter-final exit to Croatia at the 1998 World Cup had prompted introspection in the country. Were Rangnick’s concerns about German football, with its devotion to the outdated sweeper system, in fact well founded?

It certainly seemed that way but the resistance to change continued, fuelled by a high-profile television appearance from Rangnick in December 1998 in which he was asked to explain his tactics. The bespectacled coach was widely disparaged as a “professor”.

Rangnick, though, kept going. He was handed the manager’s job at Stuttgart on the back of his achievements with Ulm. But having guided them to an eighth-placed Bundesliga finish in his first season in charge, he was sacked with them in the relegation zone in his second.

He won promotion back to the Bundesliga with Hannover after that, coming up against a Mainz side managed by Klopp, who had played under Wolfgang Frank, another early advocate of zonal marking and pressing tactics, before moving into management, but a subsequent spell in charge of Schalke proved less successful.

Rangnick’s spell there damaged his reputation further in the eyes of his critics and prompted him to pursue a job where he would have more control, and more freedom to implement his ideas.

It led him to Hoffenheim, a third-tier club with no notable history but a wealthy and ambitious owner in software mogul Dietmar Hopp, who wanted to harness Rangnick’s methods in order to transform the club into a force of German football.

Rangnick embraced the challenge, describing Hoffenheim as a “blank sheet of paper”.

He was able to put his ideas into practice on the pitch and also given control over recruitment, insisting they only sign players aged 23 or under, the idea being that, as well as retaining resale value, they would be more receptive to new ideas and be physically capable of meeting the off-the-ball demands of his pressing tactics.

Hoffenheim were derided as a “test-tube club” by some but their rise to prominence was rapid under Rangnick. Back-to-back promotions led them to the top-flight two years after Rangnick’s appointment in 2006 and they duly took the Bundesliga by storm.

“That’s the kind of football we want to play one day,” said Klopp after his Borussia Dortmund side were dismantled by Rangnick’s Hoffenheim in September 2008, losing 4-1. Joachim Low, Germany’s national team coach at the time, described their 2-1 loss to Bayern Munich a few months later as “perhaps the fastest Bundesliga match ever”.

By that point, German football was finally embracing Rangnick’s way of playing.

His time in charge of Hoffenheim was followed by a second spell at Schalke, during which he won the German Cup, the first major trophy of his career, and guided the club to a Champions League semi-final, where they were defeated, perhaps fatefully, by Manchester United.

Rangnick’s next managerial assignment came at RB Leipzig, where he had an impact similar to the one he had at Hoffenheim. In the first of two spells as head coach, in 2015/16, he won them promotion to the Bundesliga while also fulfilling director of football duties for Red Bull’s network of clubs.

In the second, in 2018/19, he helped establish the club at the top-end of the Bundesliga, much as he had at Hoffenheim. By then, over in Bavaria, Pep Guardiola’s spell in charge of Bayern Munich had accelerated the development of coordinated gegenpressing tactics in German football.

Rangnick and his contemporaries, once viewed as a “fringe movement of modernists”, as Honigstein puts it in Das Reboot, had become mainstream. “Rangnick may never have won the championship,” added Honigstein, “but he has won the argument.”

Four decades on from his “football epiphany”, the question now is how his methods will take hold at Manchester United.