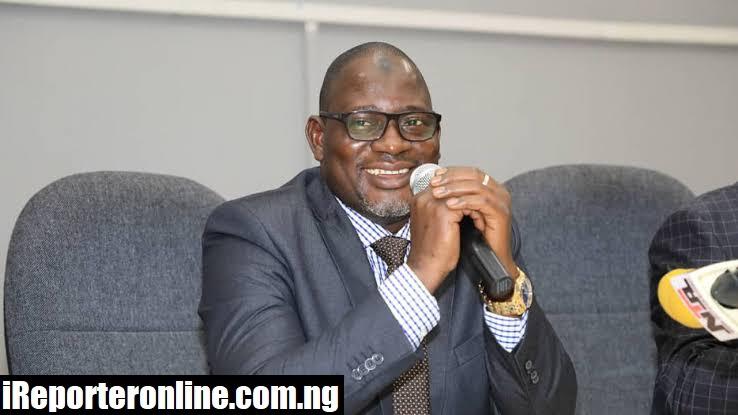 In the second week of December 2019, when President Muhammadu Buhari announced the nomination of a certain Muhammad Nami to be the forerunner of the Federal Inland Revenue Service, many were taken by surprise. 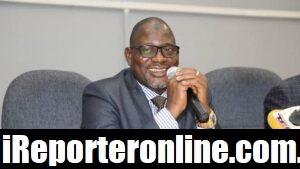 Known very well to staff of the FIRS, who he met during his many visits seeking tax clearance and other regulatory documents for his client, Nami was not your populist political appointee at that time. His resume was not partisan. But bold on his resume was the fact that he was a tax man. He had risen at the PKF International to the position of senior consultant in charge of tax management and advisory services, he founded Manam Profesional Services — a chartered tax practitioners and business advisers firm. He had also served as a member of the Presidential Audit Committee on Recoveries, recovering loot from looters across the country. He is also a fellow of the Chartered Institute of Taxation, the Chartered Institute of Forensic and Investigation Professionals in Nigeria, the Institute of Debt Recovery Practitioners of Nigeria and an Associate Member of the Nigerian Institute of Management (Chartered) and Association of National Accountants of Nigeria.

If we were to judge by Mr. Nami’s experience and qualifications, he fits into the character to lead the FIRS. His credentials speak to a sound administrator and tax man indeed. Two years on, since he officially resumed as the Chairman of the FIRS, there is so much to assess of his leadership. What has he done differently? What reforms has he brought to the tax administration space? What legacies is he certain to leave? What makes Mr. Nami a worthy appointee?

How has he faired on this? On the institutional framework of the FIRS: before he came on board the FIRS was mostly a notorious institution. It had become the financing house for rave events and parties across the big cities in Nigeria. There was corruption here and there. Staff morale was low; most of their jobs had been handed over to consultants. Several allowances had not been paid, and there was no boost to do the work. One of the first things the new FIRS Chairman did was to end the contracts of over 2,000 tax consultants previously hired and give the job of tax administration back to the FIRS staff. As it should have been.

Under him, the management approved a new structure for the FIRS. The new organogram was designed to create improved service delivery to taxpayers. It introduced taxpayer segmentation where Large Taxpayers, Media Taxpayers and Small Taxpayers offices were created. The Audit and Investigation Departments were also reviewed for effectiveness. With the new boss on the ground, the FIRS Annual Corporate Retreat was reintroduced to provide staff with the opportunity to discuss their work, network, review the workings of the Service and improve on their capacity to deliver.

Mr. Nami further established the Tax Incentive Management Department to monitor companies and enterprises that were benefitting from tax holidays and tax exemptions and ensuring that they were not making taxable profits and refusing to pay taxes on that income.

One major legacy of the Mr. Muhammad Nami led FIRS would be his deployment of technology to transform tax administration. He has been consistent in his commentary on this. Tax administrators would remain in the brick and mortar age if they do not bring their work to be in line with technological advancement. As the world progresses, and advancements in technologies are recorded, for any sector of human life to engage with the dynamics of the world, it must be technologically advanced too.

Mr. Nami takes the credit for courageously deploying technology in the FIRS for tax administration. With the amendment of the FIRS Establishment Act through the Finance Act 2020, where the Service was given the powers to use technology for tax administration, the FIRS deployed its homemade solution called Tax-Pro Max to register taxpayers, receive filings from them, and receive payments too.

The TaxPro Max is the first of its kind in Nigeria. Its deployment in June this year was a bold move by the FIRS against many odds. It has cut off suspect middlemen from the tax filing processes and has made tax administration far easier and in line with global standards.

It was thus not surprising to see that the FIRS collected N664 billion Naira in the month of June 2021 alone. This was the single highest amount ever collected in a month by the Service since the covid-19 pandemic started.

The FIRS has also improved its relationship with various stakeholders within the government finance networks as well as the security departments and agencies. This has allowed for the Service to receive more information on taxpayers, easily track tax defaulting and enforce compliance.

The world saw all these and honoured Mr. Nami with the extra job of leading the Commonwealth Association of Tax Administrators (CATA) as the association’s President. On the 12th of November, Mr. Nami was elected unanimously as the President of CATA. This election was a testament to the work that he has been doing here in Nigeria. It was a recognition and an affirmation of his success stories, and the call for him to take leadership of global taxation matters.

In December 2020, the FIRS announced that it had collected a total of N4.95 trillion compared to its target of N5.07 trillion. This was an uncommon feat: it happened despite the covid-19 pandemic, and meant the FIRS had met up to 98% of its target.   Mr. Nami has indeed proved the naysayers wrong, countless times. His records in the last two years are enviable and rich. He has kept to his four-point objective in rebranding and reforming the FIRS to be one of Nigeria’s leading government institutions. He is indeed, as a friend describes him, Nigeria’s Tax Pilot.