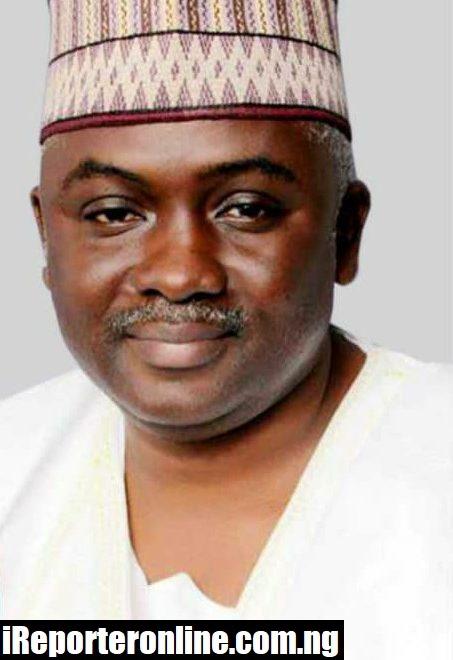 OFFICE OF THE CHAIRMAN, COMMITTEE ON FOREIGN AFFAIRS, HOUSE OF REPRESENTATIVES.

REPS COMMITTEE INVESTIGATES TRENDING PETITION ON THE ACTIVITIES OF THE LEADERSHIP OF THE FOREIGN AFFAIRS MINISTRY
* Commends the Ministry’s New Permanent Secretary, Gabriel T.Aduda, on the Implementation of Presidential Reforms at the Ministry.

The 12-page document, which included an accompanying letter addressed to President Muhammadu Buhari and copied to other stakeholders in the Presidency under the title ” Non – Paper: A Quest for Personal Enrichment; Institutionalization of Corruption; Ineptitude; Serial Acts of Administrative Malfeasance, and the Degradation of the Nigerian Foreign Service By Gabriel Aduda: Another Passionate Appeal for Intervention By Mr President, ” called for the sack of the Ministers and the Permanent Secretary of the Ministry by Mr President on account of various allegations of corruption and official misconduct detailed in the petition.

The Committee, which observed the sensitive nature of the petition, expressed utter displeasure at its contents in a Ministry that is considered the mirror through which the global community views Nigeria and which has been in recent times in the eye of the storm for some negative practices, including the recent case of abduction of children levelled against a Deputy Ambassador by one Winston Chuka Obikwelu,a legal practitioner.It said the explanations of the Permanent Secretary had become imperative in view of the fact that whatever that negatively affects the Ministry of Foreign Affairs or those who champion its affairs in the diplomatic circles is considered a serious affront on the image of our country,since any such negative thing possesses the capacity to, also, negatively impact our nation and our people at a time the nation requires all the goodwill it could muster across the globe to continue to maintain its respect and relevance in the affairs of the world.

In addition to the above, the Committee, also, said its request for clarifications on the issues raised in the afore-mentioned petition was also in tandem with the zero-tolerance for corruption and official sleaze by the Administration of President Muhammadu Buhari, who had before now, graciously, approved a number of very viable reforms at the Ministry, which are aimed at repositioning it for greater service- delivery and productivity in line with its mandate and the Station Charter of Mr President at the Foreign Missions abroad.

In his response, the Permanent Secretary, Mr. Aduda, described the petition as unfortunate. He chronicled the many challenges the Ministry of Foreign Affairs has continued to suffer in recent times and the efforts being made to put things in their proper places. While thanking the Committee for its commitment to ensuring that things were done right, he promised to do everything necessary to put the Ministry in order and continue to reposition it towards achieving its mandate and role of promoting the image of the nation through their representational mission of the country in the global community, in line with the vision of the Reform Agenda of President Muhammadu Buhari.

Following the detailed consideration of each of the allegations contained in the petition by the Committee, and juxtaposing same with explanations offered by the Permanent Secretary,Mr.Gabriel T.Aduda,the Committee noted as follows:

A. That the entire petition, which held itself as a” Non- Paper” with no authors and signatures was a mere calculated attempt by a faceless group hiding under the banner of a pressure group to halt the ongoing reforms dealing with the many years of suspected systemic corruption and official malfeasance in the Ministry of Foreign Affairs. These suspected corrupt acts and alleged official malfeasance,as is well-known, have been the infamous subjects of recent investigations in the Ministry by the National Assembly and which, according to information made available to the Committee by independent sources,involves a long retinue of accomplices and benefactors inside and outside the Ministry that are bent on thwarting every move to sanitize the operations of the Ministry’s headquarters and the Foreign Missions abroad in order to continue to maintain their vicious grip on the Ministry’s till.

B. The Committee, also, noted that the writers of the faceless petition had sought nothing positive to achieve in their attempt to put the petition out to the general public other than to maliciously malign the characters of those they had singled out to be against their progress in whatever chosen direction they are currently facing to advance the enormous rot suspected to exist in the Ministry.

It , also, noted that, instead of addressing any of the myriads of challenges in the Ministry that is currently battling its fair share of institutional inadequacies and systemic drawbacks,as a true ” Non-Paper” would have truly sought to achieve in the present state of affairs in the Ministry, the writers of the petition had gone straight to attack the personalities of the leadership of the Ministry and the nation at large to feather thier personal nest in the pursuit of their evil agenda.

C.The Committee, also, observed that many parts of the allegations contained in the so-called petition dealt extensively with the fiscal years of 2018,2019 and 20 respectively. Members, therefore, wondered why Mr. Aduda,who assumed duties in January 2021 at the Ministry of Foreign Affairs after his redeployment from the Ministry of Sports and Youth Development, where he had held sway as Permanent Secretary until late last year,was, particularly, singled out for castigation and indictment over issues that predate his arrival at the Ministry of Foreign Affairs.

While noting the capacity of the petition to threaten the image of the country in the global community by bringing into serious disrepute the image of those in the forefront of our nation’s diplomatic activities, representations and foreign policy vision, the Committee condemned in very strong terms the mischief and malicious damage contained in the said “Non – Paper” and , therefore, calls for Forensic Audit on the finances of the Ministry in those fiscal years 2018,2019 and 2020 with a view to ascertaining the true position of things in relation to the finances of the Ministry in those years.

In consideration of all the above, and consequent upon the main fact that Mr.Aduda,the Permanent Secretary, is known to have spent less than four months in his present office,but remains largely in the thick of all the major allegations in that sad petition that had neither names nor signatures, the Committee described as faceless those behind the petition and,therefore, held that the entire petition is frivolous, baseless, misinforming, vexatious, misleading and highly maligning of the personalities it sought to pull down.

While calling for the discouragement of such ventures in the future,the Committee said no group should be allowed the dangerous latitude to hide under the undue protection of a “Non- Paper”, which is known to be a piece usually written on a given subject- matter and normally put forward in diplomatic circles,like the United Nations, outside the main agenda of a session for discussion , to make allegations as weighty as those being put across to the general public and the entire world by the writers of the petition in question without putting their names to the document , especially, when such allegations are instinctively known and seen as a gross threat to the careers of senior public officers to whom they refer.

Lawmakers Fault NHIS For Spending Over N152m To Buy Face Masks, Others