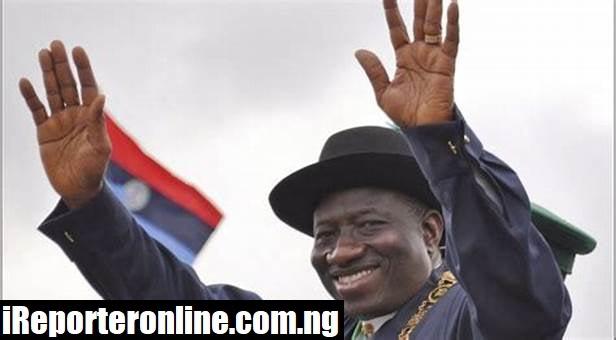 History was made on March 28th 2015 when for the first time an opposition party dislodged the ruling party, Ex-President Goodluck Jonathan who happened to be the commander-in-chief of the armed forces was dethroned.

In what can be described as a grand concerted effort of coordinated propaganda the then opposition did its utmost best in convincing the populace of the inadequacies of the GEJ’s administration.

Jonathan fought a heavy battle of conspiracy not only from the opposition but also from his political family as well, the PDP, with its then Governors from the Northern extraction ganging up against the Ijaw leader. 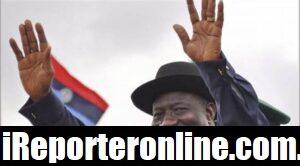 According to Elder Stateman and the then Chairman of the Northern Elders Council, Alhaji Tanko Yakasai, GEJ was opposed by the PDP Northern Governors because he came from a particular area and perhaps a particular religion.

Yakasai who was opposed to the ill-treatment of Jonathan was alienated and disregarded by the Northern governors who apparently were done with Goodluck Jonathan.

He further stated that the series of events that led to the defeat of Jonathan were prearranged, he claims It was a collaboration between various actors, including some officials of the Independent National Electoral Commission, some traditional rulers, some religious leaders and some politicians that incited the people.

Recanting his own ordeal also in the hands of the Independent National Electoral Commission, INEC which ironically the ex-president helped in strengthening, Jonathan confessed that ” for some inexplicable reason, the INEC had been able to achieve near 100% distribution of Permanent Voter Cards in the North, including the North East, which was under siege with Boko Haram insurgency but failed to record a similar level of distribution in the South which was relatively more peaceful,”

Going down memory lane we recall the unfortunate incident of the Chibok girls which was orchestrated to discredit Jonathan’s administration. Boko Haram crisis was also another sad chapter that led to the loss of confidence in Jonathan and his team. He was dragged for allowing the insurgents to have their way in some key areas located in the North.

What about the issue of electricity and insecurity? The economy was not spared either, even tho Nigeria was ranked the largest Economy in Africa and the 3rd fastest growing economy in the world, ex-president Goodluck Jonathan was still considered clueless and ineffective.

Everything seems to have turned against the young man from Otouke who grew up having no shoes to wear. His world came to an end with this grand conspiracy.

According to Jonathan, “President Barack Obama and his officials made it very clear to me by their actions that they wanted a change of government in Nigeria and we’re ready to do anything to achieve that purpose. They even brought some naval ships into the Gulf of Guinea in the days preceding the election.

“I got on well with Prime Minister David Cameron but at some point, I noticed that the Americans were putting pressure on him and he had to join them against me. But I didn’t realise how far President Obama was prepared to go to remove me until France caved in to the pressure from America.”

With all these avalanches of “Gang Up”, how can the politician who had no Godfather standing behind him survive the onslaught?

Numbers 5:6-7
“Speak to the sons of Israel, ‘When a man or woman commits any of the sins of mankind, acting unfaithfully against the Lord, and that person is guilty, then he shall confess his sins which he has committed, and he shall make restitution in full for his wrong and add to it one-fifth of it, and give it to him whom he has wronged.”

Jonathan was wronged by the forces that held sway, he was a victim of an organized conspiracy by the cabal, and if we have to follow the Biblical laws of restitution then it is absolutely payback time by giving back double to the one who was wrongfully hurt.

What are the real issues that weigh us down as a Nation? How did we get here and what is the way forward?

These are basically the main bane tearing the nation apart, a critical analysis of Goodluck Jonathan’s administration shows clearly that a roadmap to the eradication of these vices was carefully followed. Put aside the issue of SABOTAGE by forces within the system then you would agree with me that GEJ did well above average.

Sabotage is a major cankerworm in our country that has eaten so deep into the system that it always comes from within the top echelons of the affected institutions. I would try and break it down for easy comprehension.

In the war against Boko Haram, we have heard cases of top military functionaries making things difficult just in order for the pecuniary gains from the battlefront to continue.

So it is with the power sector as well as all other mentions above, critically solving these issues must be done holistically.

A peep at Jonathan’s approach in equipping the Almajiri’s with the right education would have gone a long way in discouraging the idle youths from the North from joining such terrorist groups.

Uncertainties are rife and there is an urgent need for an understanding across all the tribes and regions throughout the width and expanse of the country. Trust and confidence are keywords here, a leader to be trusted and confident is highly sought after.

As we race towards the 2023 general elections it is expedient that this time around Nigerians carefully selects their leaders. We must make concerted efforts in participating in the electoral process. We must select leaders with a great endowment, great vision, a great mission and finally great passion to serve, Nigeria deserves better.

This article is written in line with the public trend of a purported return of Goodluck Jonathan as a presidential candidate and has nothing to do with the author’s personal choice of who becomes the next president in the 2023 presidential elections.