The reason the lawmaker representing Delta South in the National Assembly, Senator James Manager, knelt before a former Governor, James Ibori, has been revealed. 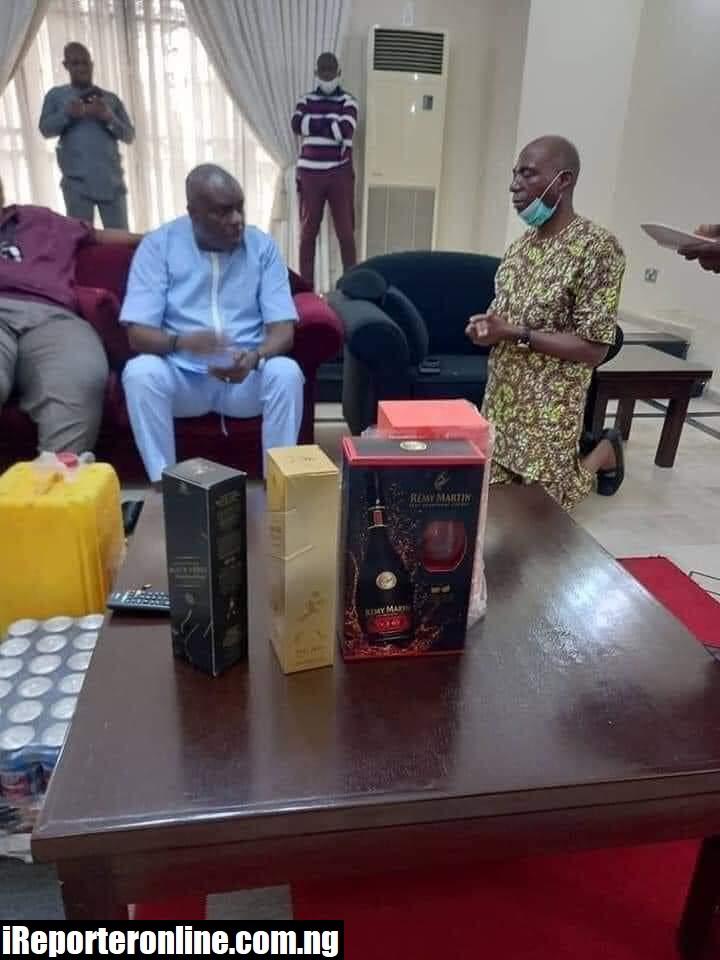 It was earlier reported that the five times Senator was seen kneeling before the former Delta governor during a visit on Wednesday.

Reacting, an associate of the federal lawmaker told  The PUNCH on Friday that it was just a sign of respect in Urhobo culture.

He confirmed the picture was taken on Wednesday when Manager paid Ibori a courtesy visit.

He said: “Senator went to visit him on Wednesday. Ibori is a senior, a king and an elder to him, being his former boss.

“Whenever you go to pay homage to an Urhobo elder or someone you hold in high esteem, you kneel down.

“It is a sign of appreciation for people to show who the person is to you. Things are just being twisted on social media.

“It is a personal relationship. You don’t expect the senator to stand up to address Ibori.

Read Also 2023: APC Reveals How Presidential Candidate Will Be Chosen

“Senator came to pay homage to him because he had not seen Ibori in a long time and he took drinks.

“Those are the drinks you see on the table in the picture.”