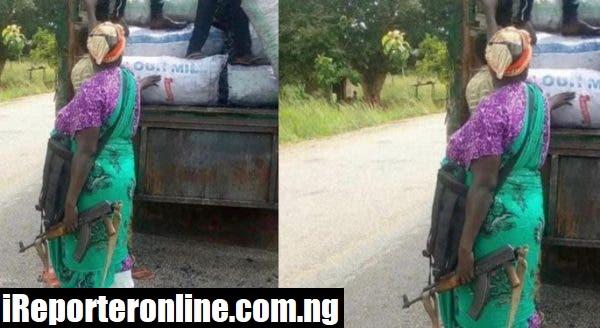 Nigerians on social media have been reacting to a viral photo of a market woman who was seen with AK-47 rifle protecting her goods.

According to the Instagram user who posted the photo on the platform. the woman was loading her goods onto a trailer along the Kaduna-Abuja expressway, preparing to take it to the market.

Reacting, Nigerians said she is right to equip herself for the purpose of self-defence.

leadem4ever wrote; No be only bandits sabi carry gun..😂😂😂