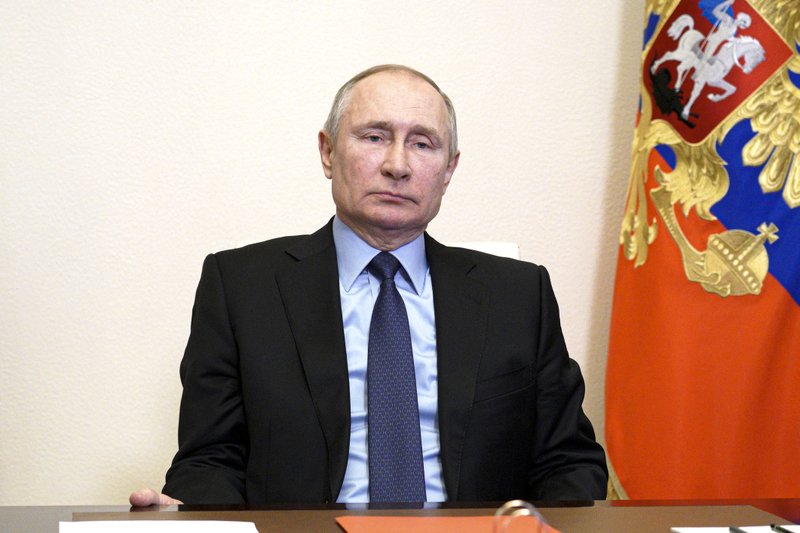 Russian President Vladimir Putin and his U.S. counterpart, Joe Biden, have been trading furious trans-Atlantic exchanges after the latter, Wednesday, called the former a ‘killer’.

Mr Biden had on Wednesday responded to by ABC News’ George Stephanopoulos who asked whether he thought Mr Putin was a ‘killer’.

“Mmm hmm, I do,” Mr Biden said, pledging that Mr Putin is “going to pay” for Russian interference in the 2020 election, which was detailed in an American intelligence report this week.

Apparently miffed by the statement, Russian reacted angrily on Wednesday by saying the comment was unprecedented and it would further deepen the long-running tension between the two countries.

The Kremlin further recalled its ambassador to “analyse what needs to be done” about the countries’ relationship which it said has turned “very bad.”

Seated in a gilded chair on Thursday, Mr Putin subtly called Mr Biden a killer too, wished him “good health,” and challenged him to a live televised debate.

He added that he did not want his invitation to be delayed as he proposed Friday for the oratory contest.

💬 #Putin: I wouldn’t put this off for too long.

We could do it tomorrow or, say, on Monday. pic.twitter.com/blMjgdpUBP

“I don’t want to put this off for long. I want to go to the taiga this weekend to relax a little,” Mr Putin said. “So we could do it tomorrow or Monday. We are ready at any time convenient for the American side.”

“When I was a child, when we argued in the courtyard, we said the following: ‘If you call someone names, that’s really your name,’” Mr Putin said, quoting a Russian nursery rhyme.

White House has doubled down on Mr Biden’s “killer” comment and has downplayed the possibility of honouring Mr Putin’s challenge.

“He gave a direct answer to a direct question,” White House press secretary Jen Psaki told reporters on Thursday, suggesting her principal stands by his comment.

Despite long-running tensions which have morphed into diplomatic rows between Russia and the US, analysts believe both nations could hatch out a friendly relationship in areas of common interest, especially with the Biden-administration.

But Mr Biden’s combative stance to Russia has made that a daunting task, and Russian officials continue to send hard warnings to the west, a bloc Russia believes is backing opposition politicians and states in order to weaken its authority.

“Any expectations for the new U.S. administration’s new policy toward Russia have been written off by this boorish statement,” the head of the foreign Affairs committee in Russia’s upper house of parliament, Konstantin Kosachev, wrote in a post on Facebook on Thursday

Mr Kosachev added that “if explanations and apologies do not follow from the American side,” Russia would respond further to Mr Biden’s comments.

Meanwhile, the deputy chairman of the eastern European country’s lower chamber, Pyotr Tolstoy, also said that “the only language” that Americans understand “is, unfortunately, the language of force.”

Drama In Court As AGF, IGP Dispute Over Who To Prosecute Trial Of Ex-Gov, Ohakim