A Federal High Court in Abuja presided over on Monday by Justice Taiwo Taiwo has ruled that former Imo Governor, Ikedi Ohakim has a case to answer over alleged threats to release nude photos of a businesswoman. 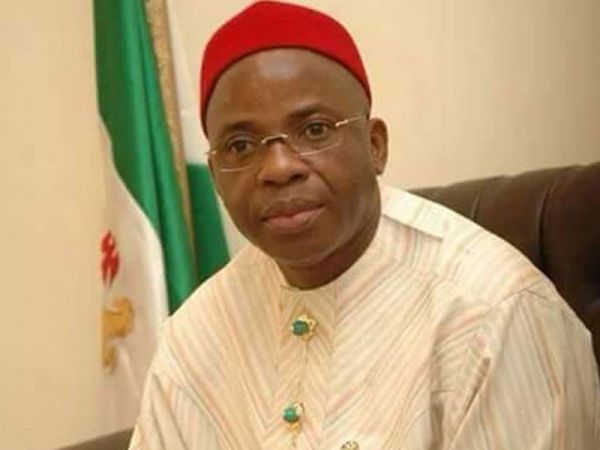 This follows the attempt by the Nigeria Police Force to discontinue the case against the former Governor but which was rejected by Justice Taiwo.

The Judge held that the matter has become a criminal matter and the Attorney-General of the Federation (AGF) and Minister of Justice should take over the prosecution.

Ohakim had been arraigned by the Police on a five-count charge bordering on cybercrime.

He was charged to court by the office of the Inspector-General of Police in February 2021 alongside one Chinedu Okpareke over alleged harassment of a businesswoman named Chinyere Amuchinwa.

Amuchinwa had in a petition forwarded to the then Inspector General of Police, Mohammed Adamu, and the Department of State Services (DSS), accused Ohakim of not only defrauding her but obtaining money from her under false pretence.

According to Amuchinwa, the former Governor of Imo State also threatened her life. Based on the petition, the police arrested Ohakim and later granted him administrative bail.

According to the Petition, Amuchinwa claims that she met the former governor in her hometown Arondizuogu, Imo State, at the funeral of Chief Raphael Obioha’s wife where the widower introduced her as an industrious and successful businesswoman.

She further stated that they exchange contacts that day, she added that the former governor called her and requested to hold a meeting with her in her home in Lagos and she obliged.

Both of them got involved in a land deal situated in Lagos State which Ohakim was to facilitate its purchase and Amuchinwa allegedly released the total sum of N500 million in cash and goods to Ohakim for the purpose.

But the transaction fell through after Ohakim allegedly failed to provide the land in question which made the woman petition the Polic and DSS against the former Imo governor.

The police took up the matter and after investigation, in a charge sheet before the court, accused the ex-governor and his co-accused of threatening to circulate nude pictures of the lady if she refuses to drop the charges of attempted kidnap and the N500m land deal against them.

The police alleged that Ohakim and Okpareke “knowingly and intentionally transmitted communication through a computer system or network to harass and bully Amuchienwa”.

According to the police, the offence is punishable under Section 24(1)(a) of the Cybercrime Act 2015.

But on Monday, 27th September, the police attempted to discontinue the case but Justice Taiwo disagreed with the Force, ruling that the move to stop the case lacks merit.

He then adjourned till October 21, 2021, for Ohakim’s arraignment on the charge filed by the police.

Meanwhile, it will be recalled that Ohakim back in July 2021, dumped the Peoples Democratic Party (PDP) for the ruling All Progressives Congress (APC).

Is Tinubu Back? Check Out This Trending Video Of Tinubu Returning To Nigeria That Is Sparking Heated Debate.