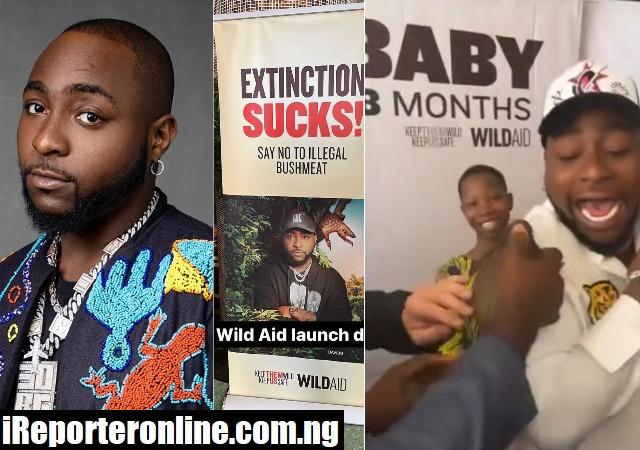 Sensational singer, Davido Adeleke, faced a challenging situation when a baby pangolin was placed on his shoulder during a campaign for wild animals.

During an event organized by a non-profit organization against animal extinction, Wild Aid, the singer who is the front of the event had to demonstrate love for animals by holding one.

A baby pangolin was placed on Davido’s shoulders, unfortunately, the singer chickened out by letting out a scream for help to have the animal taken off.

Also at the event was the popular skit maker, Emmanuella, who alongside others laughed at Davido for not being able to keep it together.

Meanwhile, Popular actress, Nkechi Blessing Sunday has taken to her page to slam her colleagues who always rush to post RIP when their colleagues die.

In a now-deleted post, actress Nkechi Blessing questioned how most of her colleagues rushed to their various social media pages to share the photos of Iyabo Oko captioning it with “RIP” and fake words.