See The Man That Wants To Be APC National Women Leader 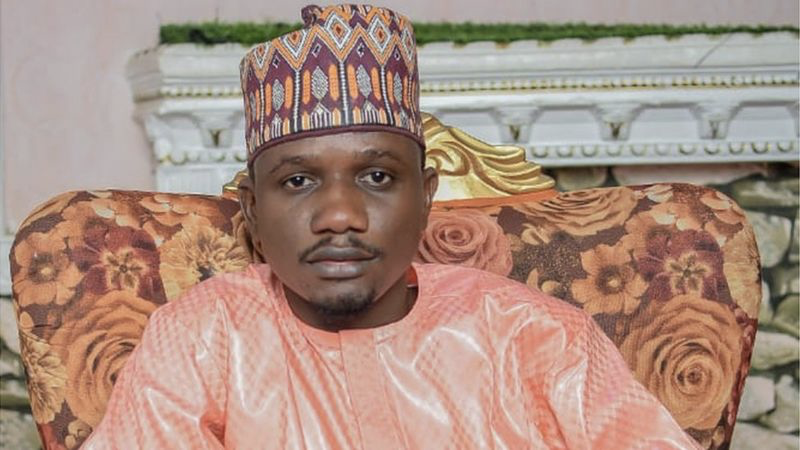 A 26-year-old male member of Nigeria’s ruling All Progressives Congress (APC) said he contesting for the position of national women leader because he always wants to help women.

“Ever since I was a child when I saw a woman in need of help I tried to help her – like helping them to carry their loads or buying them something – and that’s why I wanted to be the female leader of our party,” Ameer Sarkee who wants to be APC Woman leader told BBC Hausa.

This is not the first time Sakee will be eyeing a post exclusively reserved for a woman. In 2019, he contested for the post of women leader in a Kwankwasiyya group – a group loyal to former governor of Kano Rabiu Kwankwaso. The group has a larger followership within the opposition People’s Democratic Party (PDP).

The Kano State polytechnic graduate lost on that occasion.

It is not clear when Ameer joined APc. He, however, said he would not let himself be defeated this time around, saying he has experience dealing with women’s issues.

He promised that he will ensure that women’s voices are heard more in politics and governance if he becomes the national women chairperson in th APC.

“Some people ask me why I am running for the post and my answer is ‘God created men to guide the affairs of women,” Ameer told BBC Hausa. “So it is not a bad thing for me to want to lead women especially given that I mean well for them.”

Ameer said he hopes the women of the APC will agree to vote for him even though he is a man, saying his greatest challenge remains women who see him as stripping them of their positions

“The biggest challenge I face is gaining the trust of women; some are jealous of seeing me lead them, others think I’m going to take what belongs to them but it’s not,” Ameer said.

In contrast to his fears, Ameer said, while he is face with challenges of being accepted by some women, some others are routing for his emergence as the APC national women chairperson.

“At the same time I am getting encouragement from women, even yesterday some women’s groups came to show their support for me and many of them are supporting me on social media,” Ameer said.

Ameer is yet to be married but he is planning to do so together with his ambition to lead women in Nigeria’s ruling party.