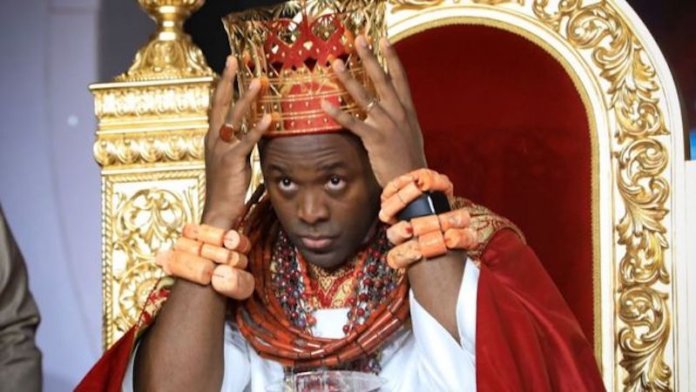 The Olu of Warri,Ogiame Atuwatse III, has described the national leader of All Progressives Congress (APC) Asiwaju Bola Tinubu as an experienced and competent presidential aspirant.

The eminent monarch said the former governor of Lagos is the most qualified person to lead Nigeria in 2023.

The traditional ruler spoke when he received a delegation of the Southwest Agenda For Asiwaju (SWAGA “23) and ‘Delta State for Bola Ahmed Tinubu (DESBAT’23’ in his palace.

The visit was part of activities heralding the launching of DESBAT ’23 in Delta State.

The monach said that he is familiar with the curriculum vitae of Tinubu, saying: “He is a confirmed achiever in life and it is time for him to run for President. Delta State in general and Warri in particular is home for him.”

While wishing him the best in his bid, Ogiame Atuwatse said Tinubu “has been preparing for the presidency for a very long time and has touched many lives and I’m sure if he is given the mandate to lead ,he will not disappoint the nation.”

SWAGA’23 leader Senator Dayo Adeyeye briefed the monach about the goals of the movement.

The Delta State Executive of DESBAT’23 and local government coordinators were inaugurated under the Chairmanship of Sunday Demi-Ejegi, an engineer, at a ceremony in Cedar Hall , Airport road, Edema Junction, Warri.

2023:IPOB Denies Attack On INEC , Says Politicians Are Out to Discredit ESN