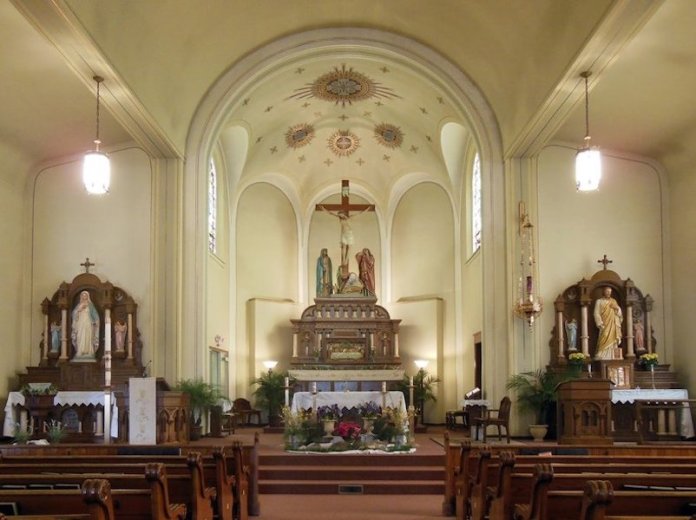 The Vatican has decreed that the Catholic Church will not bless gay marriages since God “cannot bless sin.”

According to Associated Press, the Vatican’s orthodoxy office broke the news in a statement yesterday.

The statement comes as a formal response to questions bordering on whether Catholic clerics have the authority to bless gay unions.

In the two-page response signed by Pope Francis and published in seven languages, the Vatican gave “negative” as an answer to those making such inquiries.

It said the church’s decision to welcome and also bless gay people should not be mistaken to mean approval of unions between them.

Buttressing its point, the Vatican argued that same-sex unions contradict God’s plan, adding that any such sacramental recognition could be confused with marriage.

It also maintained that while people who belong to the LGBT community should be accorded dignity and respect, gay sex is “intrinsically disordered.”

It added that the Catholic Church upholds its teaching which sees marriage as a union between a man and woman for procreation as planned by God.

The statement comes as a setback for those advocating acceptance of couples belonging to the LGBT community into the Catholic Church.

However, Francis DeBernardo, executive director of New Ways Ministry, which advocates for greater acceptance of gays in the church, said there’s the possibility that the Vatican’s directive will be ignored by many Catholic clerics.

“Catholic people recognize the holiness of the love between committed same-sex couples and recognize this love as divinely inspired and divinely supported and thus meets the standard to be blessed,” he said.

Ever since he became pope in March 2013, Francis has pushed to adopt a more inclusive tone towards LGBT people in his public statements.

In October last year, TheCable Lifestyle had reported how Francis gave his endorsement to same-sex civil unions despite the Catholic Church’s teaching on homosexuality.

Atiku Shares His View On Payment Of Ransom To Bandits