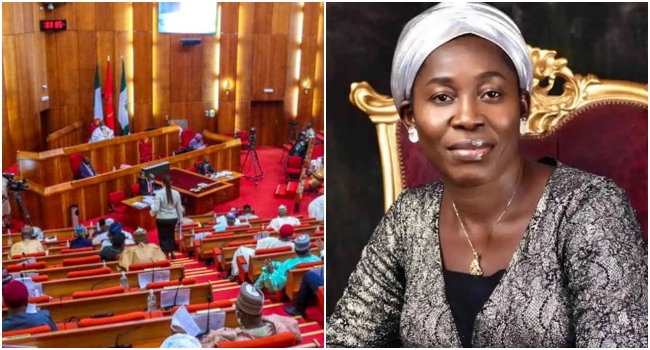 The Senate has asked the police to investigate the death of gospel singer, Mrs. Osinachi Nwachukwu.

The 42-year-old singer was said to have died last week as a result of complications from domestic violence.

The Senate’s request to the police is coming after a Federal lawmaker Senator Ifeanyi Ubah presented the matter to the upper chamber during Thursday’s plenary session.

Senate President Ahmad Lawan said this is one death too many and the lives of every citizen must matter.

Several Nigerians have been calling for the arrest of the late singer’s husband who is now in custody some days after she died in a hospital in Abuja.

Recently, her pastor, Paul Enneche of Dunamis International Gospel Church, claimed that he was not aware of her suffering from domestic violence but rather she complained of chest pain when she visited him for counseling with her husband.

Pastor Enneche, who stated on his Youtube channel that the late singer did not open up on her ordeal with him, insisted that his church does not tolerate domestic violence or any form of battery on women.

“As a church, we have a zero degree tolerance for domestic abuse and wife battery of any sort,” Enenche said.

“If you ever listen to any of our relationship messages, there is a principle, a policy, and a rule we have that is ‘it is better to be alive without marriage than to die because of marriage.’ We have said that over and over.”

Meanwhile, the spokeswoman of the Abuja police command, Josephine Adeh has confirmed that the husband of the late singer is in their custody.

“He is now in our custody. The younger brother of the deceased reported the matter and we have commenced an investigation”.

Fellow gospel artistes who had worked with the late singer also accused her husband of domestic violence.