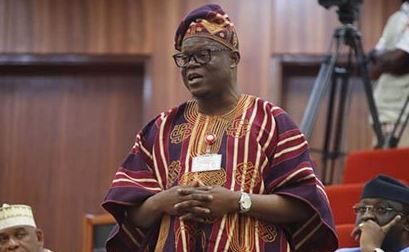 The Spokesman of the Senate, Ajibola Basiru, has called for the immediate removal from the office of the Attorney General of the Federation, Abubakar Malami for comparing open grazing to the selling of spare parts.

Senator Basiru, who accused AGF of “primordial sentiments and pursuit of parochial ethnic agenda,” insisted that Malami ”need not occupy the position of trust especially at this time of sectional agitations.”

In a statement on Thursday, the Osun Central Senator described Malami’s statement as “less than dignifying’,” adding that the remarks “was not dignifying of the status of the Nation’s Attorney General and Minister of Justice.”

Last week, 17 governors from southern Nigeria met and resolved to ban open grazing and movement of cattle by foot in the region over cases of kidnappings and killings that have been traced to criminal elements amongst herders.

Chairman of the Southern Governor’s Forum, Rotimi Akeredolu, explained that the decision is not new as most of the governors have placed a ban on open grazing in their states before the meeting.

“We felt that – open grazing must stop. It is causing a lot of problems particularly between the herders and the farmers. Whether we like it or not, times have changed and this must change. We must adopt a modern system of animal husbandry,” Akeredolu said.

“In this day and age, they cannot continue taking cows by foot from Kano to Port Harcourt.”

The governor said the Federal government needs to throw its weight behind state governments that want to set up ranches, noting that this will benefit the herders who are exposed to dangers as they roam with their cattle.