Shameful : Driver Records Lady Who Allegedly Refused To Pay Him For His Services After Arriving Her Destination (Video)

According to the driver, the lady stepped out of the car without paying and when he asked for his money, she started threatening him. 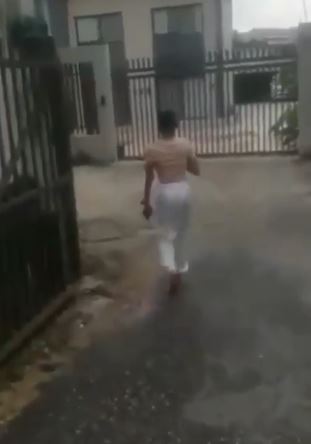 A Nigerian driver has released a video of a female passenger who refused to pay him after offering his services to her and still went ahead to threaten his life.

The man who explained what happened in the video, said they arrived the lady’s destination while she was on a call. According to him, the lady stepped out of the car without paying.

The driver also disclosed that the lady never responded to him after he tried repeatedly to ask her for his money until he touched her. He said the lady then told him that she won’t pay him for touching her.

The driver also revealed that he decided to record the incident because the lady “threatened” him.

Watch the video below……..