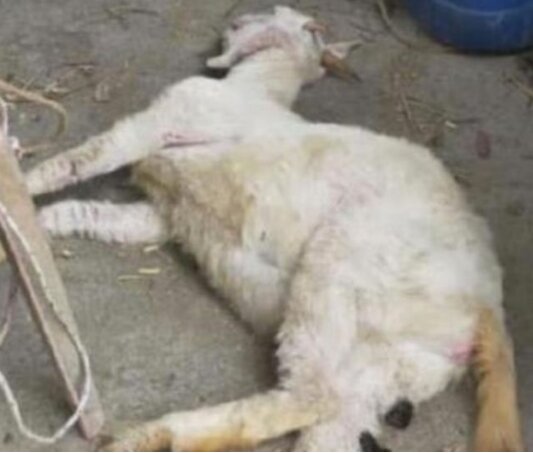 An old man was seen raping a goat to death but the owner of the goat intervened too late.

The goat owner heard her pet making weird sounds at about 1.30 pm in Malaysia, on Tuesday, July 27, and she went to see what was wrong.

When the 45-year-old woman got to the goat, she found a half-naked man climb off and back away from the animal before running off.

The goat later died from its injuries after the vile assault in Kampung Sungai Buaya near the capital city of Kuala Lumpar.

Fortunately, the woman recognised her goat’s rapist and reported him to the Serendah police station at 6.24 pm on the same evening.

Hulu Selangor police chief Arsad Kamaruddin confirmed that a 60-year-old man had been arrested in relation to the goat’s death.

A manhunt for the goat killer ended with officers tracking him to a hiding place, amongst hedge-growth.

Arsad Kamaruddin said: “The suspect was found in the bushes and arrested in Jalan Tengah, Kg Sg Buaya, at 10.50 am today (July 28).”

He will be taken to the sessions court in Kuala Kubu Baru for a remand application to facilitate the investigation under Sections 377 and 289 of the Penal Code, he added.

“A forensic unit and Kuala Kubu Baru Veterinary Department team were sent to the scene to conduct an investigation,” a source said.

“The body of the goat was sent to the department’s laboratory for analysis and autopsy.”