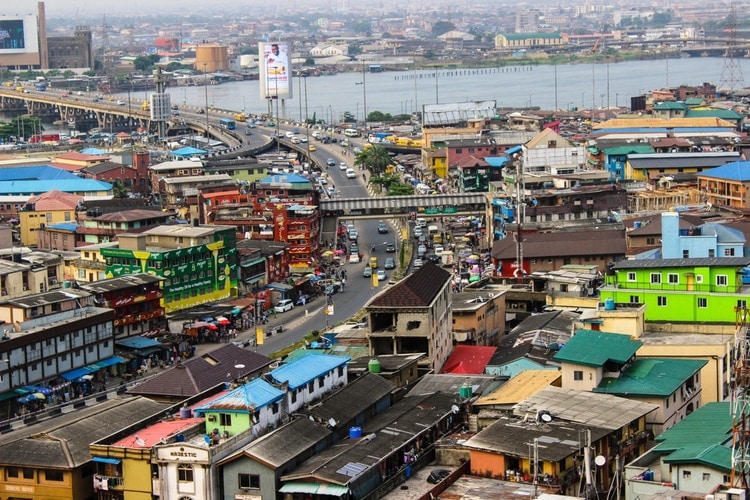 Rabiatu Adamu, 18, had felt a prick on her foot during a visit to her father’s farmland to fetch firewood, but she thought that she stepped on thorns, alas; Rabiatu later discovered that she has been bitten by a poisonous snake in her Duguri village, 178km away from Bauchi metropolis, the seat of government.

When Miss Rabiatu was contacted in her village, she was deft-handedly chasing flies with a hand-held fan from the wound she sustained on her foot as a result of snakebite, just as she looked excruciatingly exhausted from the swelling of her leg and face, having suffered for 8 months without proper medical attention.

Incidentally, Duguri district is the home town of Bala Mohammed, the incumbent governor of the state. Duguri village, an agrarian settlement in Alkaleri local government area shares borders with Gombe from the east and Plateau State from the south.

Aisha said apart from the devastating pains of the snake bites she is suffering from, her father’s inability to foot medical expenses that would see her get treatment in either Kaltungo, Gombe State or Plateau State was also a source of concern.

“At a point, I almost lost hope because I thought I was going to die. As you can see, I’m still suffering from the snake’s venom and the wounds it has caused on my leg,” Rabiatu told our reporter in her hopelessness,” she said.

Rabiatu is relying on the assistance of the only female traditional herbalist offering ‘treatment’ in the village.

“We have no one to support us except God the Almighty. For the past 8 months, she is unable to do anything for me and anyone else.

“I feel like I am a burden to the household these days. Unfortunately, the snakebite clinic which was started a year ago is now lying fallow, with an empty uncompleted building.”

While Rabiatu continues to feel the excruciating pains resulting from the snakebites, Adamu Samaila, her father shares the agonies his daughter continues to face, “for lacking the financial wherewithal to foot her medical bills.”

Adamu said since October 2020 when the snake bit his daughter, he has been battling double jeopardy, “I am emotionally troubled because I wake up every day to see her terrible condition and I lack the means to help”.

Fetching firewood to support the household according to Adamu has been the routine of his children including Rabiatu.

Adamu said since the time of Isa Yuguda, the communities have been struggling to get a snakebite clinic and their hope was emboldened when Governor Mohammed’s administration laid a foundation to build one for them.

“Again, we got exasperated when the project was abandoned halfway, we are only left with an empty building and dissipating hope about the possibility of having a snake bite clinic here,” Adamu said

She said that she has been curing victims of snakes from Alkaleri, Kafi, Daji, Rimi and Balele where snakebite has become the order of the day, while also noting “I can keep about ten victims of snakebites in my house and treat them.”

Hurera explained further that for the past 40 years, she has done nothing other than treating snakebite patients for as little as ten naira and two chickens, an instruction she said was passed down to her by her late father.

“Why I am collecting ten naira only from the patients coming to this place is because when my father was spearheading the cure, he collected just three kobo and two chickens,” she said.

Flaunting her ‘extensive knowledge’ of snakebite, Hurera noted that different kinds of snake poisons require a different herbal mixture appropriate for the venom.

“I can boast of 10 different types of anti-snake venom herbals which I apply to various cases of snakebites being reported to me. If the venom accumulates around the abdomen of the victim, there is a specific herbal I give to such patients. If a snakebite victim cannot pass urine, I give different herbs to restore passage of urine,” she added.

However, Hurera lamented that the antidote for venom from some type of snakes commonly found around Manta-Bala village is extremely difficult to cure because in most cases before victims report to her house from that axis, some of them die on the way, while the few ones that survive the venom usually experience serious bleeding from all parts of their bodies.

The herbalist said that she was excited about government’s initial plans to build a hospital in the community because of the rate at which snakes continue to kill people in her surrounding communities.

Repeated calls and text messages sent to the contractor handling the project was neither answered nor returned.

On his part, Dr Rilwanu Mohammed, Director, Primary Health Care Development Agency said “we are not the one monitoring their work, I don’t know about the level of progress regarding the contract”.

He said the State Primary Health Care Development Agency is planning to build a bigger snake bite the centre that will be treating patients from across the state.

What Yorubas, Hausas, Igbos Did When Abuja-Kaduna Train Broke Down – Shehu Sani