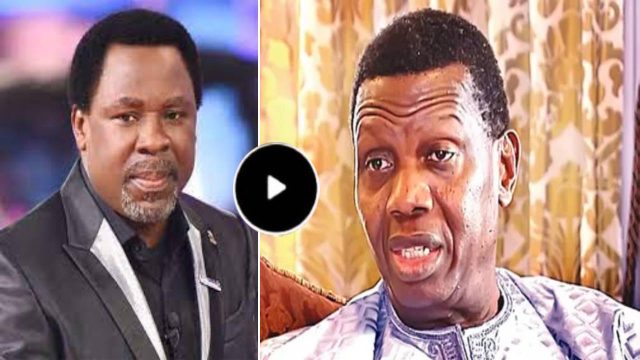 Kindly Share This
Following the death of Prophet TB Joshua, some people can still accuse and decimate humans. To our greatest surprise, even the so-called General Overseers are those found in this act.

Now, moving further, there’s a viral video revealing that the Senior Pastor of Redeemed Christian Church Of God, Adeboye has cried out saying T. B Joshua tried to Kill him. What we can’t ascertain if it’s recently or before now.

Recall, Prophet TB Joshua died few weeks ago and ever since then — Many GO’s are yet to make any comment.

Sounding loud in an address to the congregation, Pastor Adeboye said TB Joshua tried to Kill him.