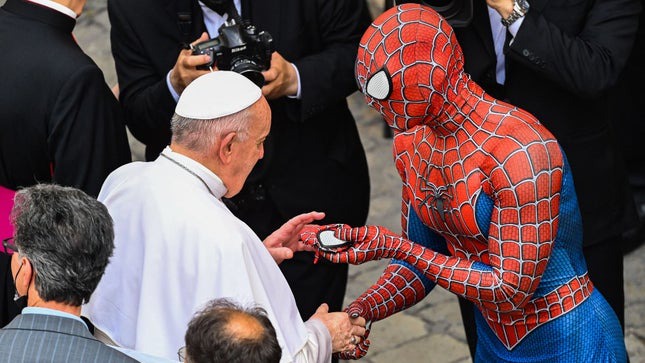 It appears Spider-Man took some time off from fighting crime this week to visit Pope Francis at the Vatican in Rome.

During the Pope’s weekly papal audience on Wednesday, June 23, an attendee dressed as Spider-Man was spotted in the VIP section of the Vatican’s San Damaso Courtyard, according to Reuters.

Wearing the full costume of the Marvel superhero, his identity was later revealed to be Mattia Villardita. He sat quietly beside a priest and listened to the Pope’s service, Reuters reported.

At the end of the papal audience, Villardita, 27, got the chance to personally meet the Pope. In one of the photos, Pope Francis was pictured greeting Villardita and happily shaking his hand. 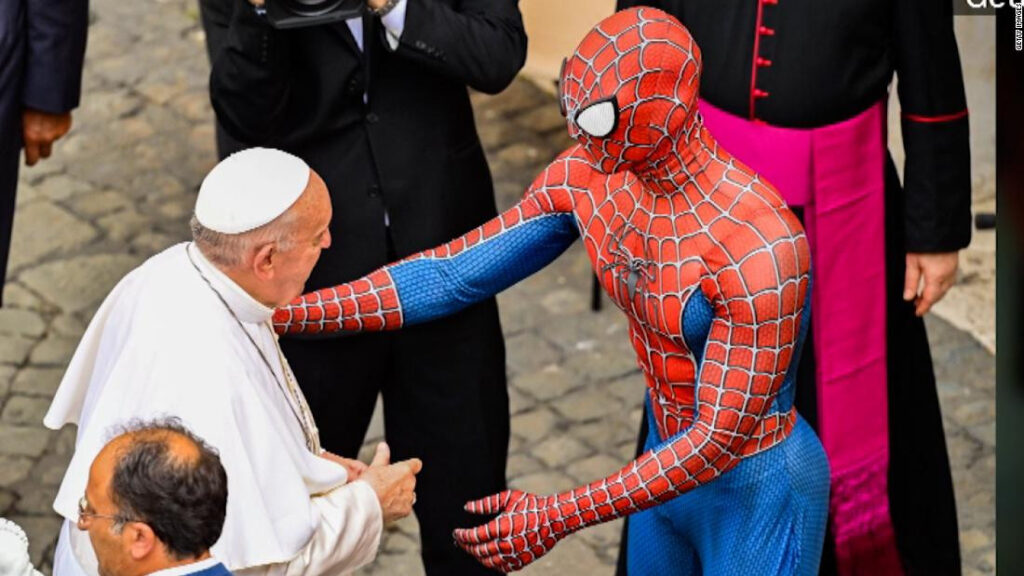 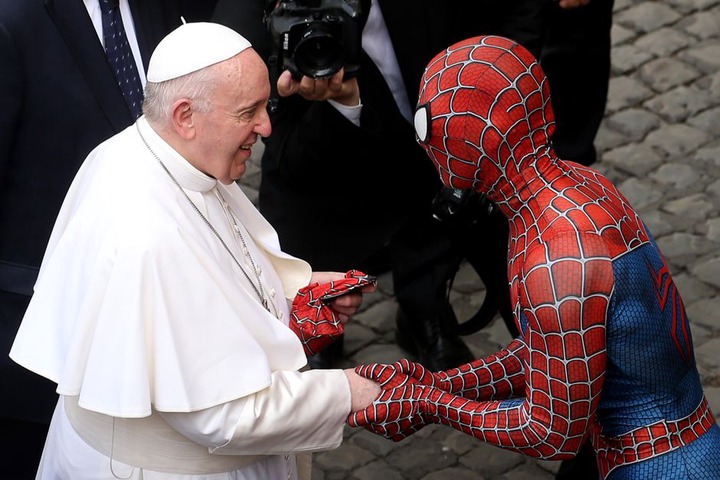 Hilarious: Firefighters Seen Filling Jerrycans With Water To Put Out A Fire [Video]