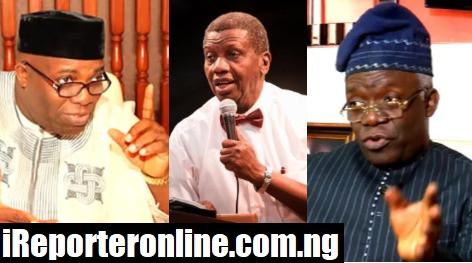 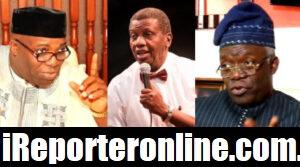 In a post shared on his Facebook page this morning, Okupe said he recently read a story online where Falana was quoted as saying Adeboye was building business centres and not churches.

Okupe said he has waited for Falana to debunk it and since he hasn’t, he decided to caution the legal practitioner over the said comment.

”FEMI FALANA AND THE DRUNKENNESS OF PUBLIC ADVOCACY.

A few days ago I read a news report credited to Femi Falana S.A.N.

He was reported to have said ” Pastor Adeboye, you are building business centres not churches”

I have waited for 72hrs hoping that the highly acclaimed human rights lawyer and public advocate will deny the story. But this never happened.

Femi Falana is a personal friend and i could have taken this up with him privately. But i choose to comment publicly because of the public image of femi Falana who i recognise that he has a large following in the country especially among the youths and the civil society family both in Nigeria and abroad. It is imperative to publicly correct his falsehood lest he mislead many whi believe in him.

I write these comments not because i want to defend pastor Adeboye. I am by far too inconsequential to take up such a role.i know for a fact that those who defend pastor adeboye operate at such a sublime realm that I cannot even comprehend. And there lies the foolishness of falana’s comments.

Pastor Adeboye and the RCCG are obeying the instructions of our Lord Jesus when he charged his disciples to go into every corner on the surface of the earth and preach the gospel.Mark16:15

This the RCCG complies with by spreading the gospel through the planting of churches erronously referred to as “business centers”all over the world, by femi Falana.

Secondly Christian’s are mandated by the scriptures to give tithes and offerings.

Falana can admonish the church as a christian to use a greater portion of their wealth to support the poor and the needy in the society, even the scriptures are full of such admonitions.

Femi Falana should stay in the areas of his core competence and not dabble into religion where obviously he is so uninformed.

Casting aspersions on great men of God like Pastor Adeboye is unwise and very very dangerous.

These great Generals in the Christiandom are certainly not infallible but because of the Lord’s anointing they carry on their heads, even when they go wrong, they can only be judged by God Himself.

I will enjoin my brother and friend the highly respected silk to repent and ask for forgiveness from God for his reckless statement.

May the Lord forgive us all of our numerous sins in Jesus Name.” 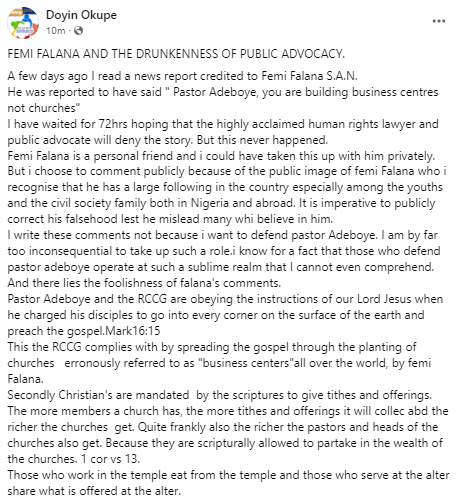