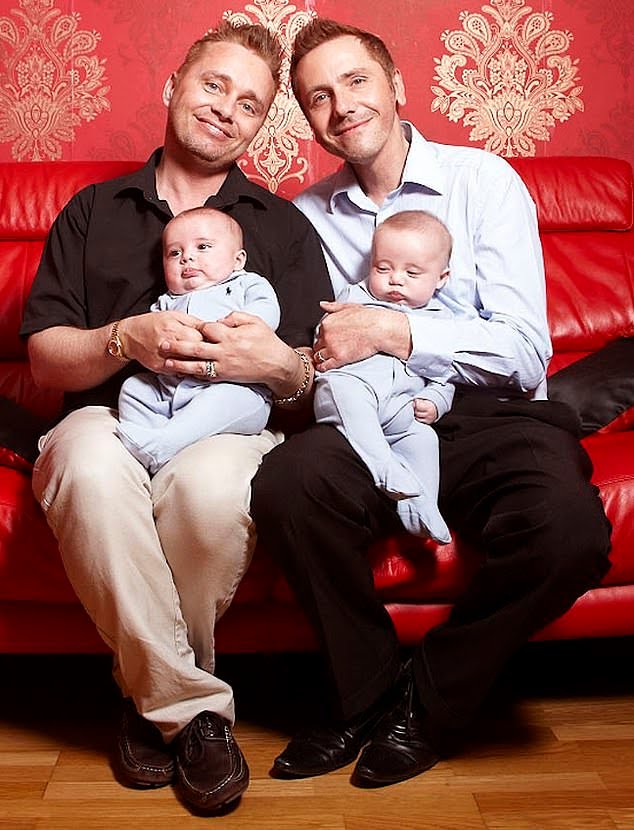 GAY DADS: Britain’s first gay dads are set to welcome triplets after spending £1MILLION on IVF – and could make history again with THREE parents on the birth certificate

Britain’s first gay dads are set to welcome triplets after spending £1million on IVF and could make history again with three parents on the birth certificate.

They became millionaires after building a successful business and two decades ago were the country’s first same-sex couple to be jointly named parents on the birth certificate of their twins.

After £1 million of IVF treatment, they are to welcome triplets after an American surrogate was inseminated with three IVF embryos.

Now, they could again make history as three parents are to be named on their birth certificates. 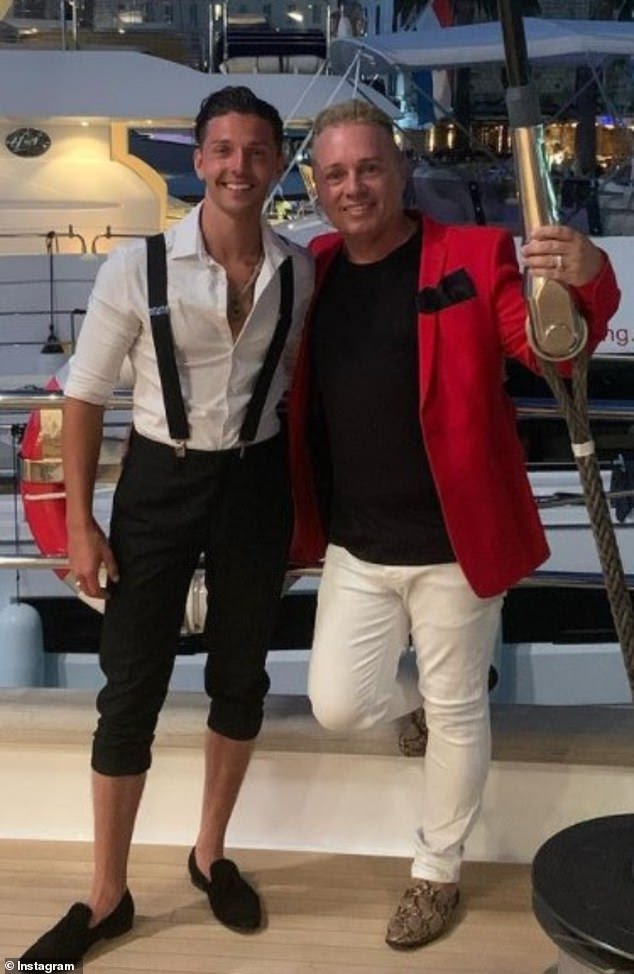 The couple split in 2019 after 32 years and now Barrie is engaged to Scott Hutchinson, 28.

All three men provided sperm in the IVF process for the triplets and may all be named as parents on the birth certificate as lawyers believe they could call for a change in the law.

Barrie told the Sunday Mirror: ‘It is the most incredible feeling.

‘We are thrilled. Family is everything.’

The new arrivals will join their six other children- Saffron and Aspen, 22, Orlando, 17, Jasper and Dallas, 11 and Valentina who is 15 months old.

Of the embryos, two of three have been kept frozen for 22 years, according to Manchester Evening News.

They are offspring of Barrie and Tony and are part of a clutch leading to the births of their three oldest children.

The third embryo is the biological twin of Valentina, which was created in 2019 and frozen.

A delighted Barrie said: ‘I am as excited about this pregnancy as I was about the first.’

He said he did not imagine the family would be welcoming more to their brood again but he is ‘so in love’ with his fiancé Scott and jumped at the chance.

Barrie and Tony are said to be worth £100 million after they built up medical research company Euroderm and relocated to the USA.

They made history in 1999 after they became Europe’s first same-sex couple to use a surrogate.

After a court battle, they were named as ‘parent one’ and ‘parent two’ instead of mother and father on the birth certificate.

They have vowed to fight the law again and make history by naming themselves as parent one, two and three on the birth certificate.

The men also hope to change society’s view on three parents, making it the norm.

She said: ‘The law governing surrogacy is being reviewed. Barrie, Tony and Scott should seek a change in the law to enable a Parental Order to be made in favour of all three of them.

‘Currently, it provides for a maximum of two applicants where one must have provided the gametes (genetic material) used to create the embryo.

‘If Barrie, Tony and now Scott are able to change the law twice in their lifetimes, it would be an incredible achievement and fantastic legacy to leave the LGBTQA+ community.’

Despite separating in 2019, Barrie and Tony still share a £6million, 10-bedroom mansion in Florida.

Barrie and fiancé Scott live in one wing of the mansion and Tony and his new partner Brent live in another part of it. Cultist Set Ablaze After Gun, Machete Failed To Penetrate Him