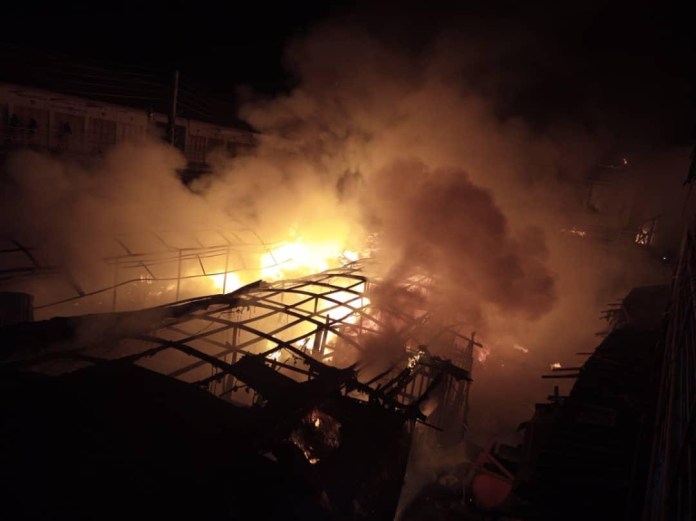 Kaduna State College of Nursing and Midwifery has confirmed the death of one of its students, Lydia Dantata, in a petrol filling station fire opposite its Kafanchan campus.

The News Agency of Nigeria (NAN) reports that about 10 students of the school were caught in the fire at the petrol station where they had gone to charge their phones on May 18.

The students had gone to charge their phones at the filling station because there was a state-wide power outage that followed the five-day warning strike embarked upon by the NLC last week.

Fire broke out when an extension box they tried to plug at the section provided for them to charge phones sparked a fire at the time petrol was being discharged from a tanker at the station.

The overseer of the campus, Mr Ephraim Dyages, told NAN in Kafanchan on Monday that Dantata died at about 3 a.m.

She died at the Jos University Teaching University (JUTH) where she was receiving treatment alongside another student after they sustained first degree burns.

Dyages said five other students were still receiving treatment at the General Hospital, Kafanchan, noting that the parents of three others requested to take their children elsewhere.

“Two students were taken to JUTH, and unfortunately we lost one of them and the others are at the General Hospital, Kafanchan.

“The cases of five students taken to the General Hospital, Kafanchan, can be managed there though their injuries were not minor.

“Initially, there were eight students at the hospital, but the parents of three of them requested to take them elsewhere for treatment,’’ he said.

Truck Crushes Three On Motorcycle To Death In Ogun