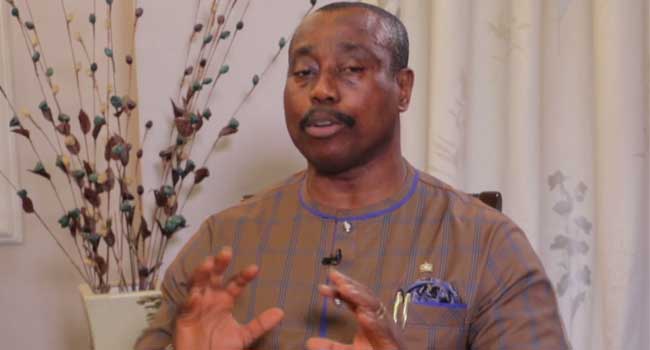 This is according to a former Chief of Defence Research and Development, Major General Henry Ayoola (rtd), who stated this on Monday during an interview on Channels Television’s Newsnight.

Ayoola, who is also a former Commander of the Operation Safe Haven in Nigeria’s north-central region said with the combination of more personnel, arms and strategic training, several security threats can be effectively tackled.

He added, “ If you are going to attack an enemy, it should be a minimum of ratio 3 to 1. You have a ratio of 3 to 1 of that enemy. But if you actually want to deploy overwhelming force, then you are talking of something greater than ratio 3 to 1.

“That will cover all round in equipment, armament, information, intelligence. That is a tough task for the armed forces right now.”

The country has been battling terrorism for more than a decade which has killed 36,000 people and displaced hundreds of thousands in the northeast.

The Islamic State of West African Province (ISWAP) split from the jihadist group Boko Haram in 2016 and has since become a dominant threat in Nigeria, attacking troops and bases while killing and kidnapping passengers at bogus checkpoints.

On March 1, jihadist fighters burnt down a United Nations humanitarian compound in the town of Dikwa after dislodging troops, killing six civilians.

Nigeria’s jihadist violence has spread to neighbouring Chad, Cameroon, and Niger, prompting a regional military coalition to fight the insurgents.