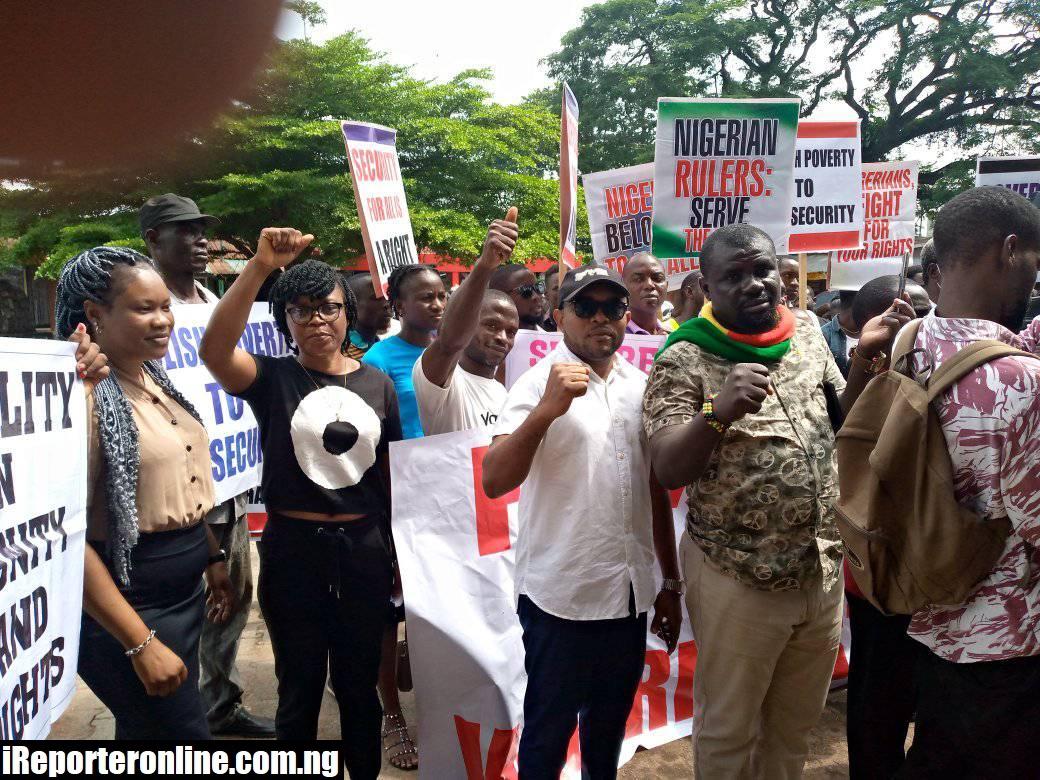 The Speaker of Talakawa Parliament, a civil society group, Mr Kola Edokpayi has alerted the Benin Monarch, His Royal Majesty, Oba Ewuare II, Edo State Governor, Mr Godwin Obaseki, the Police and other security agencies to the imminent crisis in Iguoshodin N’ Ebudin community in Ovia-North-East Local Government Area of the State if the situation is not urgently addressed.

At a press conference in Benin City, Mr Edokpayi said that it beats his imagination to note that Secretary to Benin Traditional Council (BTC), Mr Frank Irabor has been fingered as a principal actor fanning the embers of the crisis.

He wondered why the BTC Secretary who was supposed to be a purveyor of peace, now translate through action and inactions to be promoting crisis in the community.

While appealing to the Benin Monarch to call the BTC Secretary to order, Edokpayi expressed the need for the Palace to urgently resolve the matter before it degenerates into a full-blown crisis.

He also appealed to the Commissioner of Police to deploy his men to the community so as to avert the breakdown of law and order.

Edokpayi said that the parliament was alerted to the situation in the community by the elders, women and youths and as a promoter of justice, equity and good conscience, decided to alert relevant stakeholders.

He however commended the State Governor for rising to the occasion through the state security network that was deployed to Iguoshodin N’Ebudin on Friday to forestall what could have resulted in what he called blood sheld following invasion by sponsored Policemen and secret cult members.

On his part, the Okaighele of the community, Pastor Sunny Osahon said he does not understand the BTC Secretary interest in the community where some indigenes are trying to arrogate leadership position to themselves, even when they were not the appropriate persons.

He said the grouse with him started after he refused to support the cause championed by one Mr Uwuigbe Omoragbon and his cohorts against the community leadership for self-serving interest.

He wondered why Omoragbon chose to arrogate the position of Odionwere to himself when the last Odionwere, Chief Festus Osunde passed on in May last year but buried November.

According to him, the new Odionwere can only be installed in any community in the Benin Kingdom, with the approval of the Benin Monarch, after three years following the demise of the former Odionwere.

Also speaking, the second-in-Command to the late Odionwere, Pa James Agbonghile said Omoragbon was wrongfully contending for the headship of the community when he has not been initiated into the elders’ council of the community.

Ozekhome Reacts To TB Joshua’s Death, Shares What He Didn’t Do That Other Pentecostal Pastors Are Doing