The usual behaviours purportedly exhibited by the released children of Tanko Salihu Islamic school, Tegina in Rafi Local Government Area of Niger State, seem to have generated serious concerns and mixed feelings among parents and other people in the state. 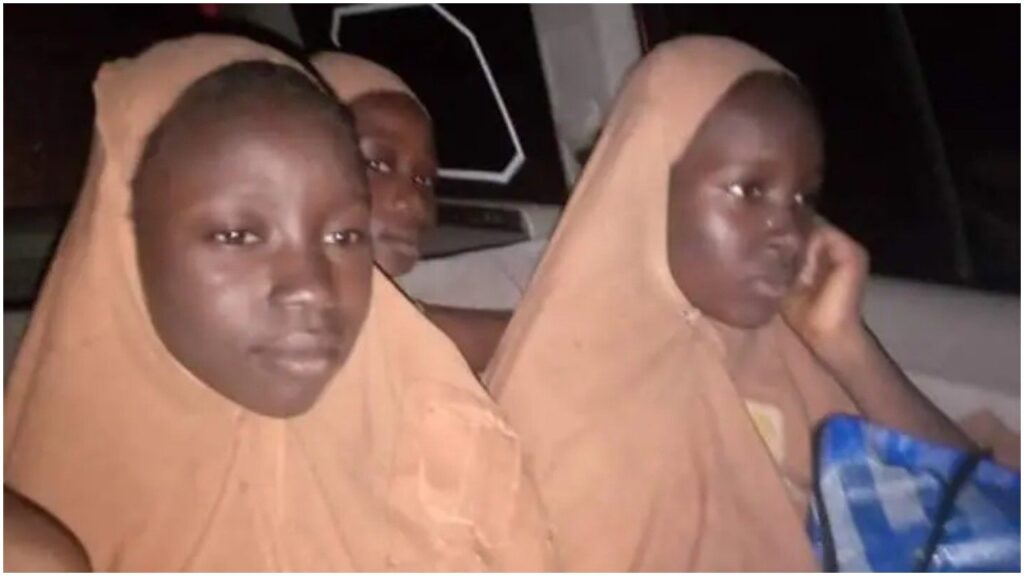 It was gathered that they now eat very little, having parts of their bodies such as legs swollen, looking malnourished, withdrawn, emotionally unstable as get easily agitated, among others around family members and relatives.

This has ignited different opinions as some opined that they were released way too fast to their parents by the State Government without taking more time to check their health status, while others feel that having been away for three months, allowing their parents to reunite with them was the right thing to do.

The children who were released last Thursday, 26th August 2021 from the Kidnappers den after a three-month sojourn were officially received by the State Governor, Alh Abubakar Sani Bello on Friday, 27th August and reunited with their parents on Sunday, 29th August.

Before releasing them to their families, the Governor clearly stated that the victims had undergone proper medical checkups and were certified fit and healthy by the state medical team.

But, a few days after reuniting with the victims, the parents had raised the alarm, alleging that they are acting strangely by showing some disturbing physiological and psychological mannerisms.

The parents are said to have raised the alarm that their kids are not behaving normally as they are eating less food, feet swollen, malnourished and withdrawn.

Disturbed and afraid over the wellbeing of their children, they cried out, especially having heard from some of the kids on what they experienced during their long stay with the bandits.

Expressing concern, Mallam Idris Musa, whose out his five children kidnapped, one died said the torture on his children were severe as there are signs of health challenges in his four children.

According to him, “ I am not surprised with the strange way my four children are behaving. Now, my kids who were extroverts are more of introverts. Watching their brother helplessly till death when they were in the custody of the bandits might have triggered such behaviour.

Rabi Abubakar, another parent explained that her only son is traumatized, physically and psychologically, adding, ” his legs and body are swollen and seeing him suffer like this pains me a lot”.

Confirming the situation, the Head Teacher of the Islamiyya Alhassan, Garba Abubakar said parents of the victims have told him a lot of traumatized stories from their children including wired behaviour, being recluse, not being able to eat well among others.

READ ALSO: I Will Leave A Legacy Behind- IGP Mr.Alkali Baba

The children after their release last Thursday told journalists that they were badly tortured, tied with chains, suffered hunger, thirst, beaten among others, while in the forest with the bandits.

However, health experts in the State who spoke exclusively DAILY POST said such tales were expected from the children who should naturally be traumatized for three months.

They explained that children can be seriously affected by trauma, just like the adults, while listing situations that could lead to trauma to include life-threatening occurrences such the tortures, car accidents, sudden illness, traumatic death in the family or loved ones, crime, abuse or violence in the community among many others.

Alh. Attahiru Ahmed a Psychologist and Head of Department, Niger State College of Education, Minna told DAILY POST that what is happening to the children is not strange, considering what they went through.

He explained that because of the experiences they had, they are automatically psychological traumatized and are currently in a traumatic condition.

In his opinion, he noted the need for them to have been taken for proper rehabilitation before reuniting fully with their families to help them forget what happened to them.

He insisted, “When we say traumatized, we mean a child that can be wild and being wild can mean so many things. The child will look depressed, withdrawn, and not eating. This is because they saw what they were not supposed to see. With bandits, they heard gunshots which they never heard before right before them.

“They suffered hunger and even stayed for days without food nor water. They were kept in chains like animals and released in the night so they still have a mental picture of what happened to them. And giving them proper counselling would have calmed their minds to make them understand that they are now safe and that what happened to them will never happen again. Because it’s difficult to forget painful and horrible experiences.”

In his contribution, Dr Fredrick Agbo, Managing Director of Talakawa Pharmacy, Minna, said the environment and the feeding habit the children were exposed to could be partly responsible for their current behaviours.

Agbo who is also a Pharmacist said, ” in the custody of the bandits, they might not have eaten well. The environment where they were kept could be infected and could make a child to be sick. First, lost of appetite too could be a symptom of malaria. One, it’s possible that the child could be having malaria and secondly, he could wake up and still feel he is still in that place of bondage and that could make the child to be agitated.

“They need a lot of counselling They need to be talked to. They need what we call Psycho-therapy and gradually they will withdraw from that trauma. When someone is kidnapped and kept for long, it gives that person a social trauma.”

Similarly, the Head of Department Home Economics, EOE, Minna, Dr. Grace Fabisuyi stated that the kids are anaemic because they were tortured by hunger and forcefully denied the necessary body building nutrients required for their age.

She explained that as growing children, they require good food such as proteins, carbohydrates and minerals that can help build strong bones, especially the boys who are usually very active, energetic and dispense a lot of energy.

“Well, as the case is, the parents should give them nourishing foods to help them quickly regain what their bodies lost. Feeding them with food containing high proteins such as milk, eggs, meat, and fish is very important. They should be given a lot of vegetables and carbohydrates.

“Though, we all know that economically, times are hard and to get these food items may be difficult for some parents. What they need to do is incorporate Suya beans into their meals to get the required proteins. The parents can also add beans to all their meals such as adding it to their soups. Whatever meal is given to them, beans must be part of it to enable them to recover their health faster, ” Dr Fabisuyi added.

Furthermore, Hajiya Fatima Musa, a lecturer at the Niger State College of Health Technology stated that the children are suffering from what she described in medical terms as Anorexia Nervosa( an eating disorder).
Hajiya Musa, who is also the Baby-Friendly Initiative Coordinator in the state explained that with time, their stomachs will adjust and they will begin to take the quantity of food they were used to eating before.

” Even in terms of dieting, if someone disciplined his or herself by eating less and now wants to change back to eating more, it will take time because the body was before wired to eat less,” the College of Health Lecturer maintained.

It would be recalled that DAILY POST had reported that during a visit to the school where the victims were kept before they were received by the Niger State Governor, his wife, Dr Amina Abubakar Sani Bello had described what the pupils went through as inhumane.

She counselled them to be courageous enough to embrace and get their normal life back and continue their studies.

But experts urged both the local, state and federal governments to rise up by bringing to an end the unfolding security challenges dragging the nation backwards so that the traumatic experiences of victims in the hands of bandits and criminals would not have negative effects on them and their children in the future.